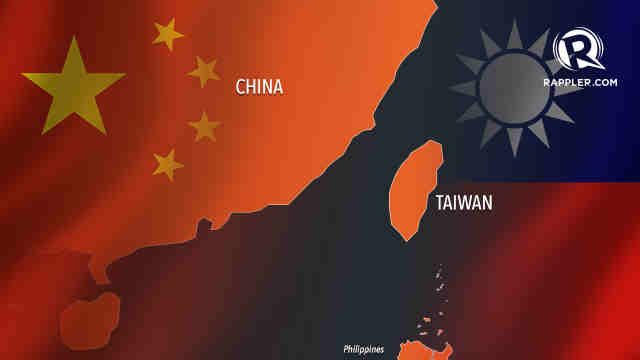 Facebook Twitter Copy URL
Copied
Beijing and Taipei have held regular, official communications since 2014, but that has now stopped, according to China's Taiwan Affairs Office

BEIJING, China – China said Saturday that communications with Taiwan had been suspended after the island’s new government failed to acknowledge the concept that there is only “one China”.

Relations between the two sides have grown increasingly frosty since President Tsai Ing-wen won Taiwan’s leadership by a landslide in January and took office in May, ending eight years of rapprochement.

Beijing and Taipei have held regular, official communications since 2014, but that has now stopped, according to China’s Taiwan Affairs Office.

“The bilateral communication mechanism has been suspended,” TAO spokesman An Fengshan said on its website.

Although Taiwan, whose official name is the Republic of China, is self-ruling after splitting with the mainland in 1949 following a civil war, it has never formally declared independence and Beijing still sees it as part of its territory awaiting reunification.

Beijing is highly suspicious of Tsai, whose Democratic Progressive Party (DPP), which replaced the Beijing-friendly Kuomintang (KMT) party in government, is traditionally pro-independence and has warned her against any attempt at a breakaway.

Beijing said it had cut contact because Taiwan had refused to acknowledge the “1992 consensus” — a tacit agreement made between Chinese officials and the KMT that there is only “one China” but each side is allowed its own interpretation.

Tsai’s presidential predecessor Ma Ying-jeou recognised the consensus and oversaw an unprecedented thawing of ties from 2008 to when he left office in May.

But, while Tsai has said she wants to maintain peaceful relations with China, she has not backed the consensus or the “one China” concept.

Her presidential victory tapped into voter fears that Beijing was eroding Taiwan’s sovereignty through closer ties, and that trade agreements with China were being made secretly, benefiting big business, rather than ordinary residents.

Taiwan’s Mainland Affairs Council, the official body for communications with Beijing, would not confirm contact with China was now on ice.

“The government will continue to keep the door open for cross-strait communication and make every effort to safeguard the existing mechanism,” it said.

Tensions have been exacerbated by recent deportations of Taiwanese fraud suspects from Kenya, Malaysia and Cambodia to Beijing, rather than back to Taiwan.

Taipei accuses Beijing of “abducting” its citizens from countries that do not recognise the island’s government.

The latest round of deportations Friday, which saw 25 fraud suspects deported from Cambodia – a close ally of Beijing – triggered an angry response from Taiwan.

“It is inappropriate for China to impede cooperation to fight crime for political factors,” the MAC said.

Tsai is currently on her first overseas trip since taking office, visiting allies Panama and Paraguay.

That visit comes as speculation grows that China is putting increasing pressure on the island’s dwindling number of diplomatic allies to switch allegiance to Beijing. – Rappler.com