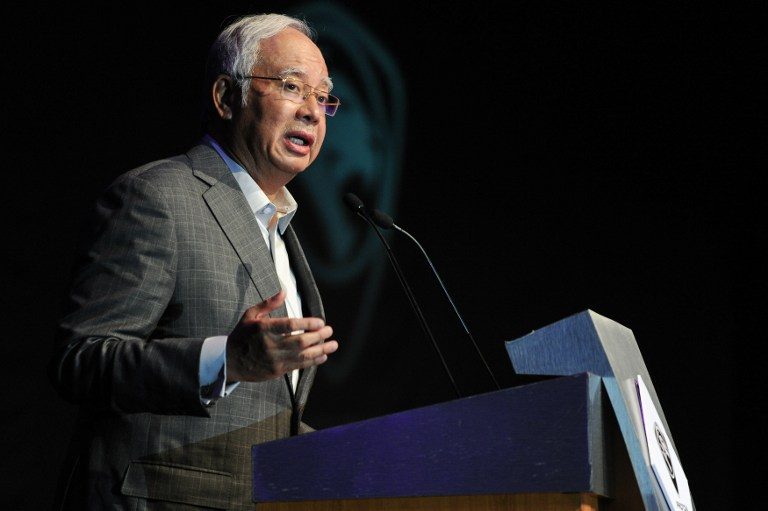 One year after a financial scandal that would have toppled many leaders, Najib is standing taller than ever after smothering investigations, outmaneuvering opponents, and bolstering his control with a pair of recent election wins.

But the political survival steps he has taken – which include assuming tough new powers and flirting with an Islamist party – are stoking fears for multi-ethnic Malaysia’s already fragile democracy and sectarian relations.

“He called himself a reformist, but has changed into an aspiring dictator,” said Ambiga Sreenevasan, a prominent lawyer and reform advocate.

“What changed him, clearly, is 1MDB.”

Other revelations followed, including reports that Najib’s film-producer stepson used 1MDB-related funds to bankroll the Hollywood greedfest “The Wolf of Wall Street”, and for millions in luxury purchases.

Swiss authorities say more than $4 billion may have been stolen.

Najib and 1MDB deny wrongdoing. But Najib has purged ruling-party critics, curbed investigations, and cracked down on media reporting of the affair.

“Najib’s critics failed to comprehend his resolve at staying in power and the lengths he is prepare to go to,” said Ibrahim Suffian, head of Merdeka Center, an independent polling firm.

The government recently pushed through a new law allowing a Najib-led council to suspend basic liberties if security is deemed threatened, which the opposition called a “lurch toward dictatorship.”

Other proposals would tighten Internet controls and limit other legal protections.

“Any remnants of checks and balances are being dismantled by the PM” due to 1MDB, said Eric Paulsen, head of the legal-advocacy group Lawyers for Liberty.

“Najib’s standing among Malaysians has gradually improved over the past six months as voter anger over 1MDB and (an unpopular consumption tax) dissipate,” said Suffian, adding that bread-and-butter economic issues matter more.

Najib’s office did not respond to a request for comment.

“The opposition’s problem is they are unable to convince voters they are a viable alternative,” he told Agence France-Presse.

Getting away with it

In the scandal’s wake, UMNO also has intensified a dalliance with the country’s conservative Muslim party, refusing to denounce its proposal for harsh sharia law in a northern state.

The sharia bid has scant hope of succeeding, and analysts said UMNO is merely playing politics to solidify Muslim support and distract from 1MDB.

But the Islamist tilt has unsettled many who view Malaysia’s treasured religious moderation as under threat.

“(Najib) is changing UMNO in ways that I fear could make it more Islamic and weaken the government’s support among non-Malays. This is going to strain racial relations much more.”

A half-dozen countries including the United States have launched 1MDB-related probes, but few believe big fish will be caught, citing the carefully constructed complexity of 1MDB fund flows.

Najib “will get away with it,” said Broadfoot.

But he said the allegations of fraud and embezzlement involving state-linked entities may make foreign investors think twice, at a time when Malaysia needs investment to buffer global economic headwinds.