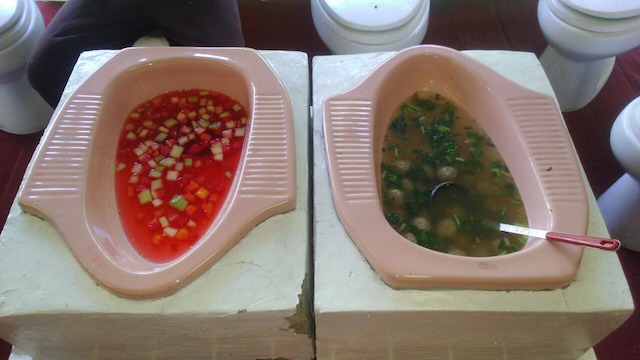 JAKARTA, Indonesia – Over the last few years, the craze over toilet-themed restaurants spread globally from Taiwan to Russia for adventure-seeking diners.

But a small town in Indonesia is using this theme for something else aside from a tourism perspective: to spread awareness on public sanitation.

Café Jamban opened 3 months ago and is a local attraction for the residents of Semarang.

Dr. Budi Laksono, a professor at the local university and a public health activist, built the café as part of a toilet-building movement.

“This café is not just to create amusement but to create a discussion space for people who care about public sanitation and hygiene,” said Laksono.

He added that through this café, he wants to campaign for sanitary toilet care in Indonesia, where 38% of the local population still do not have access to proper sanitation.

The café was constructed and is sustained with a joint fund from a wide range of donors including doctors and public companies that advocate for public sanitation. 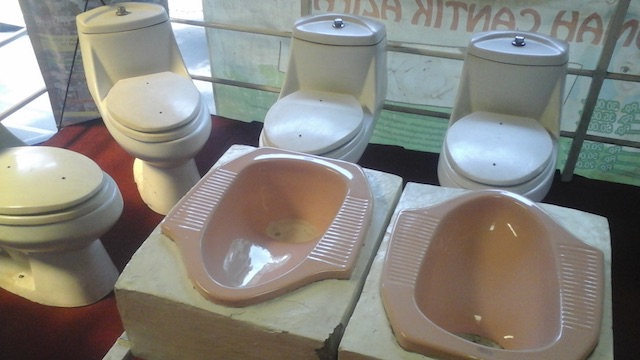 Currently, the restaurant is serving only a few food items on the latrines: meatball soup, ice fruit snacks, ice tea syrup and different flavors of coffee.

“Everything is sterilized in this restaurant, so you don’t have to worry about the hygiene and it is certainly halal,” said Sukardi, a waiter at the Café.

The place resembles a normal toilet with squat toilets used as serving bowls, and toilet seats used as chairs for customers. In order to make the seats look appealing, they are modified with foam and ropes to look just like chairs.

Many young college students visit the café, from neighboring universities – most of whom were surprised by the setting of the café.

“I was hesitant to eat from the toilet pot but once I tried it, the meatballs were very tasty,” said Unnes, a 25-year-old student.

Laksono’s aim is to open multiple outlets throughout Indonesia, the world’s largest archipelago, to make every Indonesian citizen realize that having a toilet is possible.

“The food is just to attract customers so they can come and understand the movement,” he said. – Rappler.com