Jul 12, 2016 5:57 PM PHT
Rappler.com
Facebook Twitter Copy URL
Copied
(UPDATED) China 'does not accept and does not recognize' the ruling by a UN-backed tribunal on its dispute with the Philippines over the South China Sea 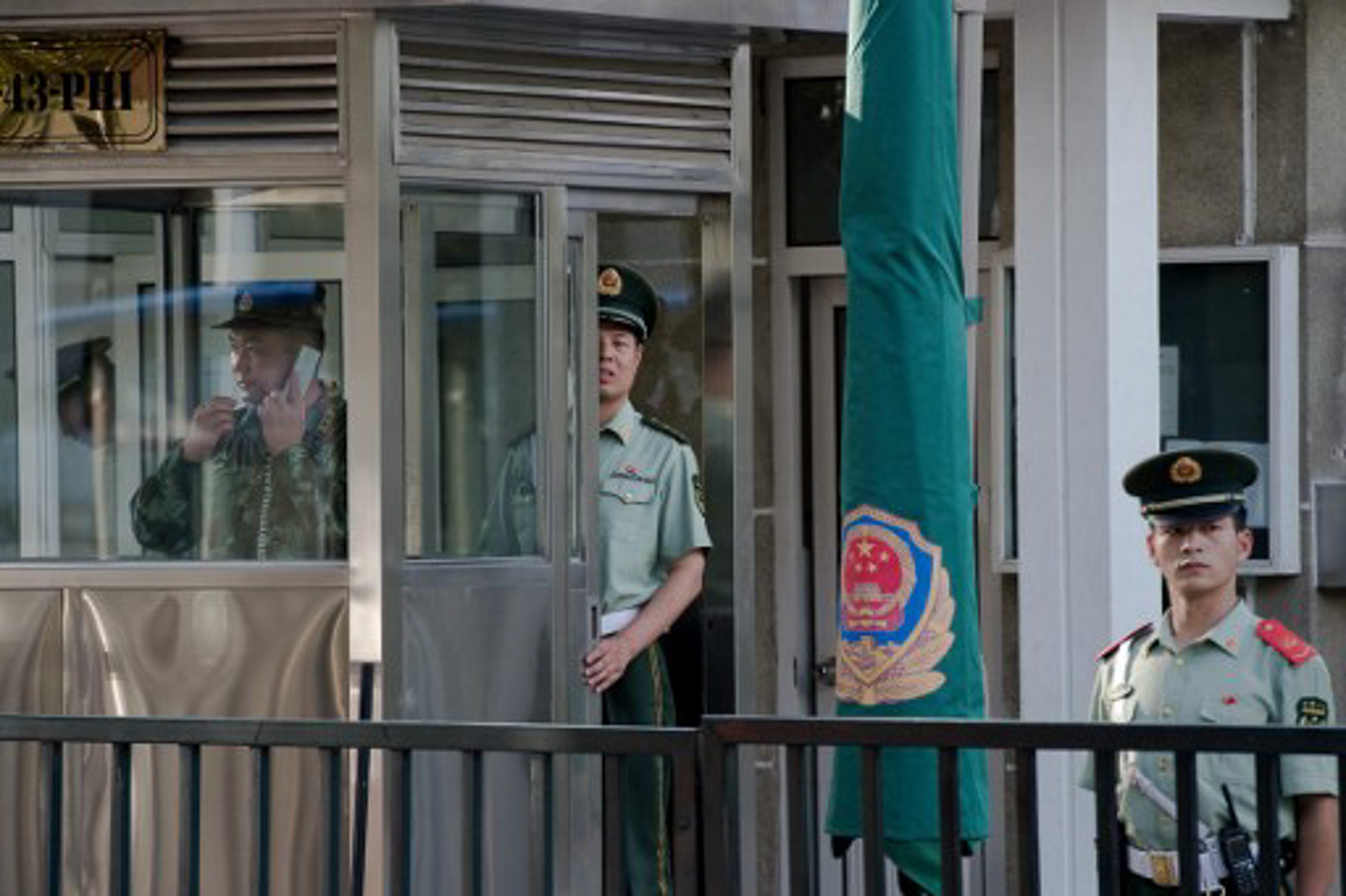 BEIJING, China (3rd UPDATE) – Beijing “does not accept and does not recognize” the ruling by a UN-backed tribunal on its dispute with the Philippines over the South China Sea, the foreign ministry said Tuesday, July 12.

The declaration followed a ruling by the Permanent Court of Arbitration in the Hague that China has no historic rights to its claimed “nine-dash line”.

“The award is null and void and has no binding force,” the ministry said on its website. “China neither accepts nor recognizes it.”

Beijing “does not accept any means of third party dispute settlement or any solution imposed on China,” it added, reiterating its long-standing position on the dispute.

China has repeatedly denied the tribunal’s authority to rule on the dispute with the Philippines over the strategically vital region, claiming that the court’s actions are illegal and biased against it.

Beijing refused the opportunity to defend its position before the body.

Despite China’s assertions, the tribunal’s judgement was “very law based,” said Julian Ku, an expert on international at New York’s Hofstra University, adding that it did “not uncritically accept the Philippines’ arguments”.

“I was struck by how much the tribunal bent over backwards to give China opportunities to comment and participate in this case,” he added.

The dispute has become the centre of a tense standoff between China and the US, with Washington claiming that China’s increasingly aggressive behavior in the region threatens free passage through the area’s critically important shipping lanes.

US ships and aircraft have patrolled the region, including passing within the 12 nautical mile limit that would apply to any territorial waters, in what is widely seen as an attempt to undermine Chinese claims of control.

The court ruling, however, has invalidated any claims – by anyone – that the reefs and shoals under dispute give such legal rights.

The decision is devastating for China’s claims, said Yanmei Xie, China analyst for the International Crisis Group, saying the ruling was “as unfavorable to China as it can be”.

Despite the announcement, the Chinese foreign ministry said the country continues to assert it has sovereignty arising from its historical claims.

“China’s territorial sovereignty and maritime rights and interests in the South China Sea shall under no circumstances be affected by those awards,” the statement said, adding that “China opposes and will never accept any claim or action based on those awards.”

China was willing to negotiate directly with other countries “on the basis of respecting historical facts and in accordance with international law”, it said, including for joint development.

In the short term, the decision is unlikely to change much, Xie said.

“We’re going to see a continuation of the chest thumping we’ve seen especially from the China side.”

Police sealed off the Beijing street where the Philippine embassy stands. More than a dozen white police vans were parked, blocking all entrances to the street, but no protesters were visible.

With regard to the award rendered on 12 July 2016 by the Arbitral Tribunal in the South China Sea arbitration established at the unilateral request of the Republic of the Philippines (hereinafter referred to as the “Arbitral Tribunal”), the Ministry of Foreign Affairs of the People’s Republic of China solemnly declares that the award is null and void and has no binding force. China neither accepts nor recognizes it.

1. On 22 January 2013, the then government of the Republic of the Philippines unilaterally initiated arbitration on the relevant disputes in the South China Sea between China and the Philippines. On 19 February 2013, the Chinese government solemnly declared that it neither accepts nor participates in that arbitration and has since repeatedly reiterated that position. On 7 December 2014, the Chinese government released the Position Paper of the Government of the People’s Republic of China on the Matter of Jurisdiction in the South China Sea Arbitration Initiated by the Republic of the Philippines, pointing out that the Philippines’ initiation of arbitration breaches the agreement between the two states, violates the United Nations Convention on the Law of the Sea (UNCLOS), and goes against the general practice of international arbitration, and that the Arbitral Tribunal has no jurisdiction. On 29 October 2015, the Arbitral Tribunal rendered an award on jurisdiction and admissibility. The Chinese government immediately stated that the award is null and void and has no binding force. China’s positions are clear and consistent.

3. The Arbitral Tribunal disregards the fact that the essence of the subject-matter of the arbitration initiated by the Philippines is issues of territorial sovereignty and maritime delimitation, erroneously interprets the common choice of means of dispute settlement already made jointly by China and the Philippines, erroneously construes the legal effect of the relevant commitment in the DOC, deliberately circumvents the optional exceptions declaration made by China under Article 298 of UNCLOS, selectively takes relevant islands and reefs out of the macro-geographical framework of Nanhai Zhudao (the South China Sea Islands), subjectively and speculatively interprets and applies UNCLOS, and obviously errs in ascertaining fact and applying the law. The conduct of the Arbitral Tribunal and its awards seriously contravene the general practice of international arbitration, completely deviate from the object and purpose of UNCLOS to promote peaceful settlement of disputes, substantially impair the integrity and authority of UNCLOS, gravely infringe upon China’s legitimate rights as a sovereign state and state party to UNCLOS, and are unjust and unlawful.

4. China’s territorial sovereignty and maritime rights and interests in the South China Sea shall under no circumstances be affected by those awards. China opposes and will never accept any claim or action based on those awards.

5. The Chinese government reiterates that, regarding territorial issues and maritime delimitation disputes, China does not accept any means of third party dispute settlement or any solution imposed on China. The Chinese government will continue to abide by international law and basic norms governing international relations as enshrined in the Charter of the United Nations, including the principles of respecting state sovereignty and territorial integrity and peaceful settlement of disputes, and continue to work with states directly concerned to resolve the relevant disputes in the South China Sea through negotiations and consultations on the basis of respecting historical facts and in accordance with international law, so as to maintain peace and stability in the South China Sea.