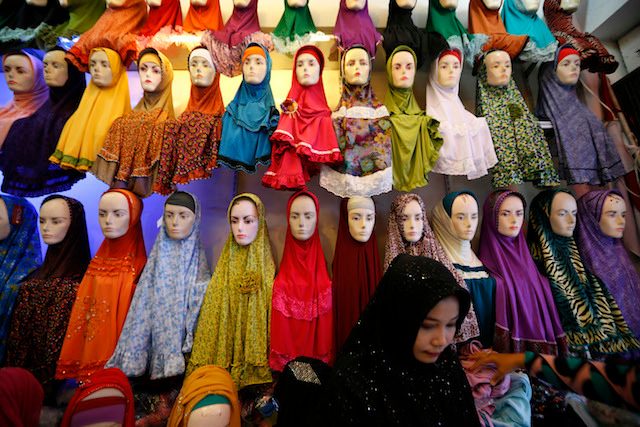 Facebook Twitter Copy URL
Copied
An Indonesian child murderer has escaped from jail by putting on a woman's Muslim veil, make-up and sunglasses and walking out past unsuspecting guards

JAKARTA, Indonesia – An Indonesian child murderer has escaped from jail by putting on a woman’s Muslim veil, make-up and sunglasses and walking out past unsuspecting guards, an official said Wednesday, July 13.

Anwar bin Kim An, who raped and murdered a schoolgirl, made the bold breakout from a Jakarta prison by quietly changing into a woman’s outfit allegedly smuggled in by his wife when she visited during the Muslim Eid holiday.

“The wife gave him the woman’s clothing and he just changed his clothes in the meeting room where all the inmates meet with their families,” Jakarta police spokesman Awi Setiyono told Agence France-Presse.

“He put on some lipstick and later walked away as a woman accompanied by his wife and their two children.”

Prison CCTV footage obtained by local media showed the convict, in his 20s, walking out of the prison dressed as a woman and wearing sunglasses while holding one of his children. 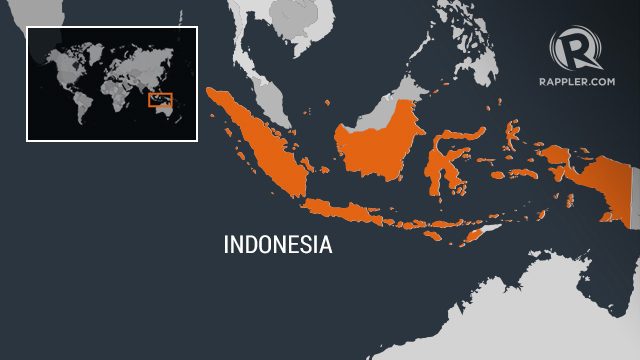 Setiyono said Kim An managed to quietly change in the visitor’s room in the Salemba prison in central Jakarta as it was crowded and there were just a few guards.

It happened on Thursday last week, July 7, during Eid, when many people typically pay visits to jailed relatives. Setiyono admitted there were no security checks for female visitors at the jail, unlike for male visitors.

Police have launched a hunt for the escaped prisoner, who had been sentenced to life in jail but had been behind bars just four months.

His wife has been interrogated on suspicion of helping her husband escape but has not been detained, as she has two small children to look after, the spokesman said.

Kim An was convicted of the October rape and murder of the schoolgirl, who was reportedly 12 years old.

Breakouts are common in Indonesia’s prisons, which are overcrowded and poorly guarded.

And it is not the first time that an inmate has disguised himself as a woman to sneak out of prison – in 2012, a terror convict escaped from a high-security jail by wearing a full-length Muslim burqa. – Rappler.com