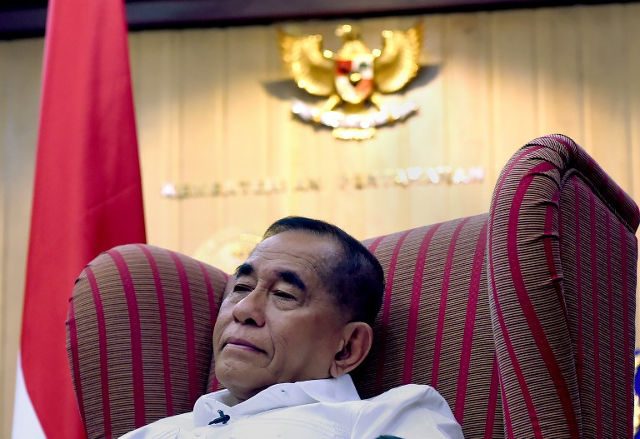 JAKARTA, Indonesia – Indonesia’s defense minister on Wednesday, July 13, proposed military escorts for boats sailing perilous routes to the Philippines where dozens of sailors have been kidnapped by terrorists in recent months.

Twenty-four Indonesian crew members and a handful of Malaysians have been abducted this year travelling in the vital waterway between the 3 countries.

The latest abduction was at the weekend when three Indonesian sailors were snatched from their vessel in Malaysian waters by gun-toting men on a speedboat and taken towards the strife-torn southern Philippines.

The Philippine outfit Abu Sayyaf, notorious for carrying out kidnappings-for-ransom, has been blamed for the abductions.

The transport ministry last month banned Indonesian-flagged vessels from sailing to the Philippines following the kidnappings, but Defense Minister Ryamizard Ryacudu said that he planned to make their journeys safe, once they were allowed to sail again.

The boats heading from Indonesia should follow an appointed route in groups, be accompanied by military personnel and escorted by an Indonesian navy vessel, he said.

The minister said that once they reach the Philippines maritime border, the Philippine navy should take over and escort them on to their destination.

“I will tell the barge businessmen, if you want to go, you must report and then go 10 barges all at once, and they will have military personnel in every barge,” he told AFP.

“This cannot happen again in the future,” he added, referring to abductions.

After the latest kidnappings, Indonesian Foreign Minister Retno Marsudi urged the Philippines and Malaysia to step up maritime security.

Vice President Jusuf Kalla has also sought to discourage boat owners and businesses from paying ransoms for the release of hostages, something he said the government never did.

In May, Indonesia, Malaysia and the Philippines agreed to launch coordinated patrols of the waters, although the countries are still working out the details.

Of the Indonesians abducted this year, 14 were released after being held in Abu Sayyaf’s stronghold in the southern Philippines but the others remain in captivity. – Rappler.com