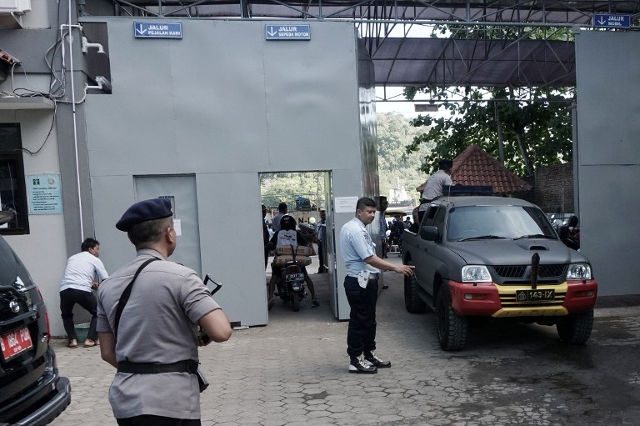 Facebook Twitter Copy URL
Copied
Nationals from Pakistan, India, Nigeria and Zimbabwe are expected to be executed alongside Indonesians

CILACAP, Indonesia – A group of drug convicts including foreigners will face the firing squad in Indonesia this week after authorities Tuesday, July 26 gave notice of their executions, a diplomat said, despite protests from governments and rights groups.

Syed Zahid Raza, the deputy Pakistani ambassador in Jakarta, told AFP the convicts, who include a Pakistani, could be executed around midnight Friday after officials signalled the start of a 72-hour notice period at a meeting with diplomats.

Nationals from Pakistan, India, Nigeria and Zimbabwe are expected to be executed alongside Indonesians. Officials say no Europeans or Australians will be included in the third round of executions under President Joko Widodo.

Indonesia sparked international outrage with its last batch of executions in April 2015 when it put to death seven foreigners, including two Australians. But Widodo has insisted Jakarta is fighting a war against drugs and traffickers must be harshly punished.

Pakistan has so far publicly voiced the most concern about the upcoming executions, and its foreign ministry Tuesday summoned the Indonesian ambassador to Islamabad to convey their concerns about the case of their national, 52-year-old Zulfiqar Ali.

Activists say that Ali, sentenced to death in 2005 for heroin possession, was beaten and tortured into confessing and did not receive a fair trial.

Rights groups have also called on Indonesia to halt the planned executions, citing worries about irregularities with some convictions.

In a statement, Amnesty International urged “the country’s authorities to halt all executions and to take immediate steps to ensure that the cases of all those under sentence of death are reviewed by an independent and impartial body”.

Authorities have been making preparations, with death row drug convicts transferred to Nusakambangan prison island, where Indonesia puts convicts to death, and 14 prisoners reportedly placed in isolation, an usual step before executions.

About 1,500 police were being deployed around Cilacap, the town closest to Nusakambangan, visitors have been barred for a week and Muslim and Christian spiritual counselors were seen crossing to the island.

Raza said Indonesian officials had informed diplomats from several countries and lawyers of the notice period at Tuesday’s meeting in Cilacap.

He said officials did not mention a precise date or time for the executions but added: “It might be Friday at midnight.”

It is a legal requirement in Indonesia to give a minimum notice period of 72 hours before executions. Authorities typically carry out executions just after midnight following the end of the notice period.

The attorney general’s office, which oversees executions, would not confirm any details but spokesman Mohammad Rum said: “The time is approaching.”

There have also been concerns over the case of a female Indonesian drug convict, Merri Utami, who is among the group. Rights group the National Commission on Violence Against Women say the former domestic worker was tricked into trafficking heroin.

Indonesia – which has some of the toughest anti-drugs laws in the world – executed 14 drug convicts, mostly foreigners, in two batches last year. – Rappler.com