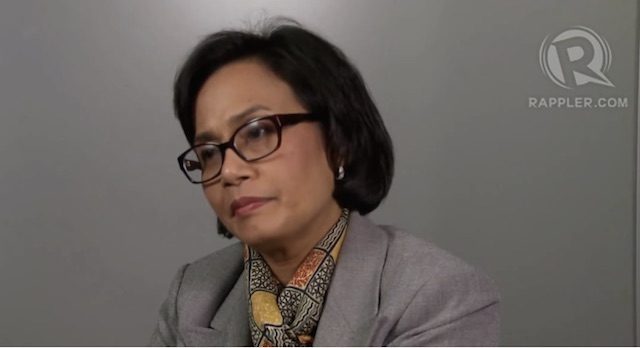 In a statement accepting the offer, Mulyani said it would be “an honor to serve the President and my fellow Indonesians by continuing the ongoing reform program.”

Mulyani said her priorities would be development, namely to provide better services particularly to the poor, and ensuring Indonesians would benefit from economic growth.

Before her appointment, Mulyani was Managing Director and Chief Operating Officer at the World Bank for 6 years.

She finished her statement by assuring that she “will stay committed to the principles of reaching across the aisle and working with partners on addressing the big challenges of our time.”

This is not Mulyani’s first time as finance minister, having taken up the same position under the adminsitration of former president Susilo Bambang Yudhoyono.

Mulyani is one of 13 ministers that take on new positions in Jokowi’s reshuffle which aims to focus on making his cabinet work more effectively, given increasing problems of coordination. – Rappler.com