Skydiver leaps from plane with no parachute 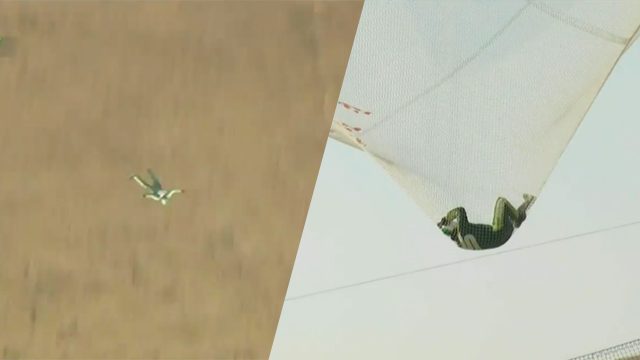 WASHINGTON, United States – With neither a parachute nor a wingsuit, an American skydiver leapt into the void at 25,000 feet (7,600 meters) on Saturday, July 30, becoming the first skydiver to land safely on the ground in a net.

Luke Aikinsm, who has also done movie stunts, spent a year and a half preparing the death-defying feat, plummeting at 120 miles per hour (193 kph) in Simi Valley, California.

“Pay attention to the science and the math behind this. And we’ll show you what’s possible,” said the 42-year-old skydiver who runs a skydiving school in Washington state, just before taking off. 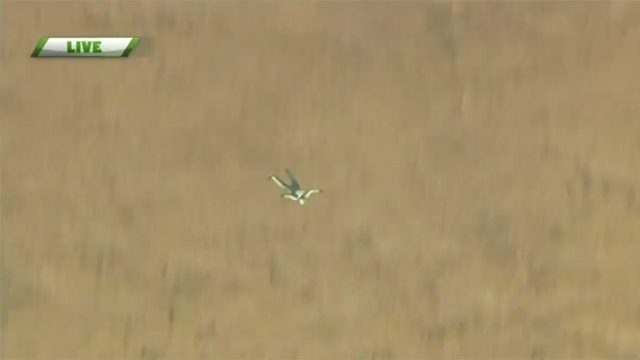 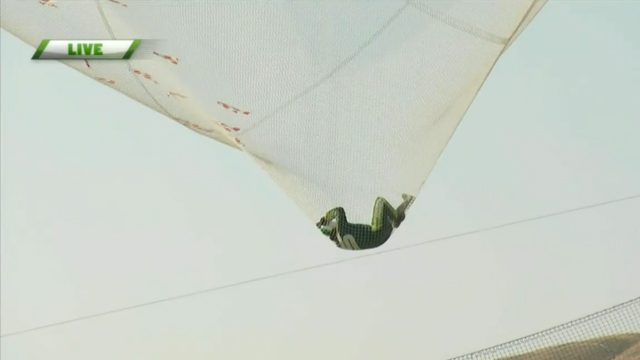 There was a lot of method behind Aikins’ madness: out of 18,000 skydiving stunts he made, he only used his emergency chute on 30 occasions.

Also an airplane and helicopter pilot, Aikins made his first tandem jump when he was 12, following with his first solo leap four years later.

Back on the ground with his wife and family, he seemed stunned at his own bit of history-making.

“I’m almost levitating, it’s incredible. The thing that just happened. The words I want to say I can’t even get out of my mouth. All of these guys, everything that made it happen … It’s awesome.”

Aikins also is a third-generation skydiver whose grandfather co-founded the skydiving school after returning from World War II. – Rappler.com