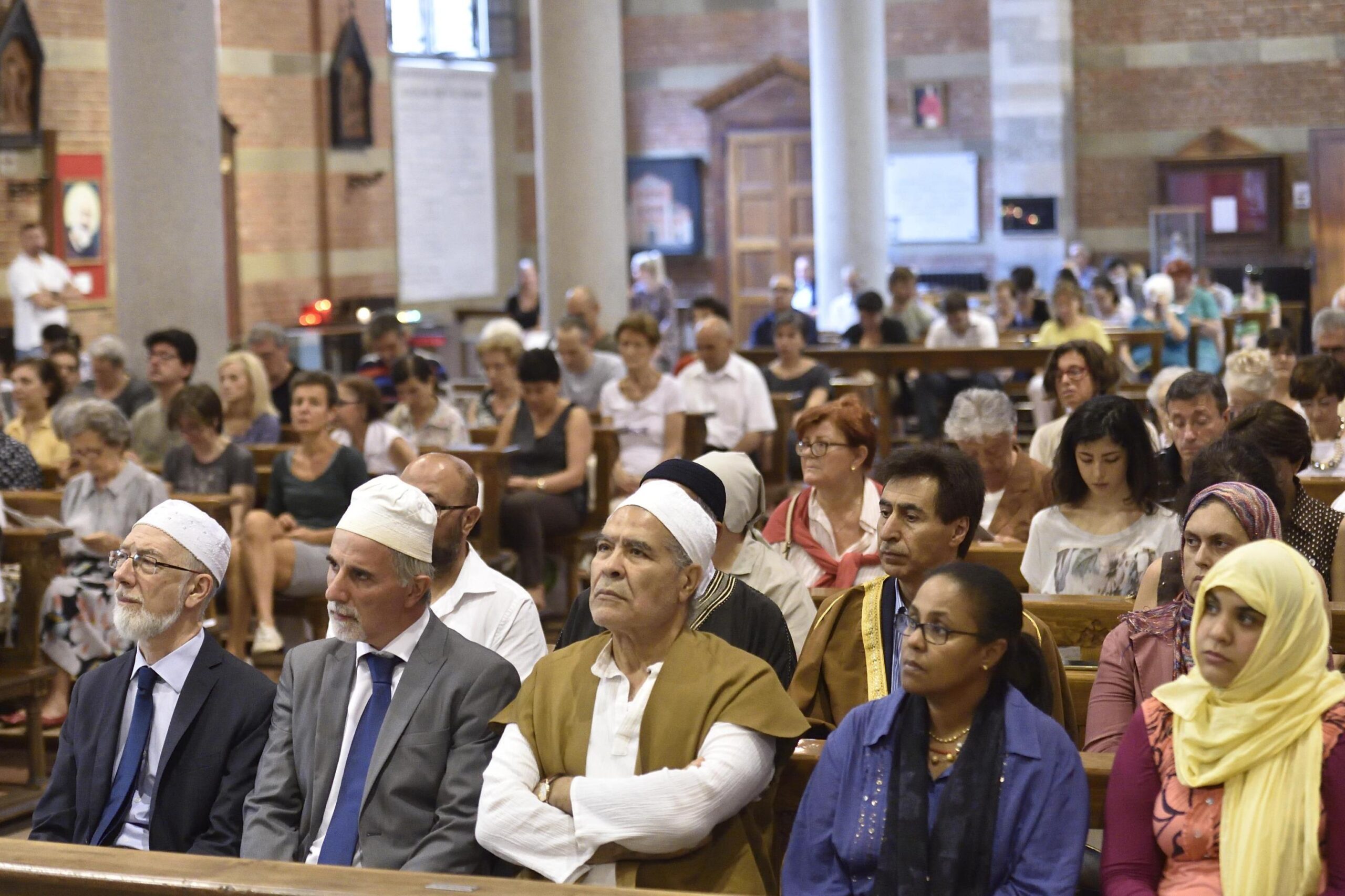 Facebook Twitter Copy URL
Copied
(UPDATED) 'I thank you in the name of all Christians. In this way you are affirming that you reject death and violence in the name of God,' Rouen Archbishop Dominique Lebrun tells Muslims at a prayer service

ROUEN, France (UPDATED) – Muslims attended Catholic mass in churches around France on Sunday, July 31, in solidarity and sorrow following the brutal jihadist murder of a priest, the latest in a string of attacks.

More than 100 Muslims were among the 2,000 faithful who packed the 11th-century Gothic cathedral of Rouen near the Normandy town where two jihadi teenagers slit the throat of 85-year-old Father Jacques Hamel.

“I thank you in the name of all Christians,” Rouen Archbishop Dominique Lebrun told them. “In this way you are affirming that you reject death and violence in the name of God.”

Nice’s top imam Otaman Aissaoui led a delegation to a Catholic mass in the southern city where a jihadist carried out a rampage in a truck on Bastille Day, claiming 84 lives and injuring 435 including many Muslims.

“Being united is a response to the act of horror and barbarism,” he said.

“It’s an occasion to show (Muslims) that we do not confuse Islam with Islamism, Muslim with jihadist,” said Reverend Jean Rouet.

The Muslims were responding to a call by the French Muslim council CFCM to show their “solidarity and compassion” over the priest’s murder on Tuesday, July 26.

Said a woman wearing a beige headscarf who sat in a back pew at a church in central Paris: “I’m a practicing Muslim and I came to share my sorrow and tell you that we are brothers and sisters.”

Giving her name only as Sadia, she added softly: “What happened is beyond comprehension.”

The most poignant moment of Sunday’s mass in Rouen was the sign of peace, a regular part of the liturgy when the faithful turn to greet each other in the pews, either shaking hands or kissing.

Archbishop Lebrun used the moment to step into the congregation and greet Muslim leaders attending, as well as 3 nuns who were at the church in Saint-Etienne-du-Rouvray when Hamel was murdered.

Outside the Rouen cathedral a few policemen and soldiers stood guard but did not conduct searches, seeking to reassure a jittery population after the second jihadist attack in less than a fortnight.

Both of the 19-year-old attackers – Adel Kermiche and Abdel Malik Petitjean – had been on intelligence services’ radar and had tried to go to Syria.

Prime Minister Manuel Valls called Sunday for a new “pact” with the Muslim community in France, Europe’s largest with around 5 million members.

“Islam has found its place in France… contrary to the repeated attacks of populists on the right and far-right,” he said, condemning “this intolerable rejection of Islam and Muslims.”

Also Sunday, dozens of prominent Muslims published a joint letter warning that “the risk of fracturing among the French is growing every day.”

The signatories, which included academics as well as medical professionals, artists, and business leaders, pledged: “We, French and Muslim, are ready to assume our responsibilities.”

Meanwhile a Syrian refugee who was taken in for questioning after a photocopy of his passport was found at Kermiche’s house has been released, a source close to the investigation said.

“Nothing suggests he had any involvement” in the attack, the source said.

However Petitjean’s 30-year-old cousin was to appear before an anti-terrorist judge later Sunday.

Prosecutors said they have asked that the suspect, named as Farid K., be charged with “criminal association in connection with terrorism.”

The suspect “was fully aware of his cousin’s imminent violent action, even if he did not know the precise place or day,” the Paris prosecutor said in a statement.

Kermiche described the modus operandi of the attack on the priest in an audio posted on Telegram just a few days beforehand. – Rappler.com