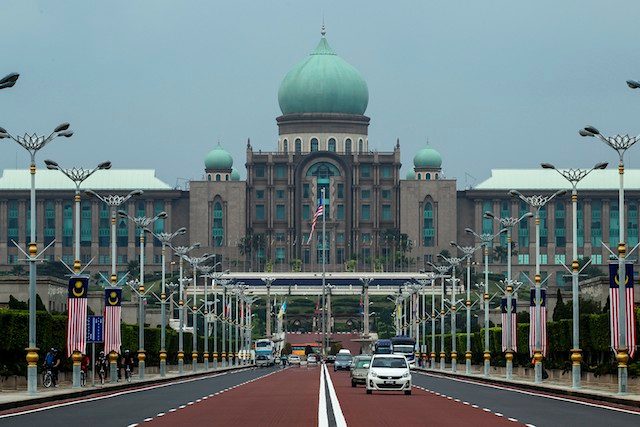 Facebook Twitter Copy URL
Copied
Critics accuse Prime Minister Najib Razak and his government of enacting the law, and other tough recent legislation, to ward off political and legal challenges

KUALA LUMPUR, Malaysia – Tough new security legislation came into force Monday, August 1, in Malaysia, with critics saying the “draconian” law threatens democracy and could be used against opponents of the scandal-tainted premier.

The National Security Council Act was pushed through parliament in December by the government of Prime Minister Najib Razak, who has faced calls to resign for more than a year over an huge alleged corruption scandal.

The legislation gives the government power to declare virtual martial law in areas deemed to be under “security threat”.

Critics accused Najib and his government of enacting the law, and other tough recent legislation, to ward off political and legal challenges.

“The law will definitely put fear in people planning to participate in street protests,” said Wan Saiful Wan Jan, head of the Institute for Democracy and Economic Affairs, a Malaysian think tank.

“The public perception in terms of the timing of the draconian law is that Najib wants the law in order to stay in office.”

Najib has defended the law as necessary to combat terrorism, but its passage came amid the ongoing furore over allegations that billions of dollars were stolen from a state investment fund he founded and oversaw.

The corruption scandal swirling around Najib has spawned a cross-party alliance, including even members of his own ruling party, demanding Najib be removed and investigated.

Authorities in several countries are investigating allegations that investment fund 1Malaysia Development Berhad, or 1MDB, was looted over several years.

Najib has stifled domestic pressure by cracking down on critics within his ruling party, scuttling domestic probes, and arresting whistleblowers and journalists.

The UN’s human rights agency and other rights organizations have pilloried the National Security Council Act as a potentially frightening step backward.

“We are gravely concerned that… the act may encourage human rights violations,” Laurent Meillan, acting head of the UN Human Rights Office for Southeast Asia, said in a statement last week.

Last week, the US Justice Department launched a move to seize more than $1 billion in assets it says were purchased with money stolen from 1MDB, including by a “high-ranking Malaysian government official”, clearly referring to Najib.

The US move has heightened expectations of further anti-Najib protests in Malaysia, but there are concerns the security law could be used to prevent them.

Last August tens of thousands of people paralyzed the capital Kuala Lumpur demanding he stand down.