Pokemon, LGBT, and gov’t: The paradox of neoliberal Indonesia 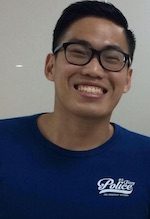 Facebook Twitter Copy URL
Copied
As illustrated in Pokemon and LGBT cases, policing private lives under the justification of national identity and security provides a platform for State to re-articulate its power

Although Pokemon Go has not officially launched in Indonesia, this augmented-reality game has enjoyed an immense popularity in the country which subsequently triggered calls from public officials and ministers to ban the application.

Pokemon or Pocket Monsters which once were popular back in the late 1990s in Japan and in the 2000s internationally as a console game and animation, has now tapped the internet and smartphone operating system platform and has been revitalized by Niantic company based in San Francisco, California.

Within a very short period, this online game, which encourages people to get out of their houses more often to hunt monsters, has become a recent major cultural phenomenon, while at the same time, media also repeatedly reported the harmful effects of this application, pertaining to safety and online game-addiction issues.

The House of the Representatives (DPR), said that they are now considering to ban the game at the complex, while a similar tone has been taken by the military and police forces which are also planning to issue an order banning its personnel from playing during work hours.

In addition, Minister of Education and Culture, Anies Baswedan, also joins the bandwagon with a more positive tone by reminding students to manage their own playing time and urging parents to also get to know about the game as the form of parental guidance. Diminishing productivity and the potential to leak and unknowingly capture the State’s secret information are two major reasons of the ban of this instantly popular game.

In addition to fears of national security threats, the undeniably popular game also invoked religious backlash. For instance, Saudi Arabia clerics highlighted an edict (fatwa), claiming that the Pokemon Go violates Islamic values due to its references to Darwinian’s evolution theory and the fraudulent symbols of religions and organizations.

It is therefore hardly surprising that the Indonesian Ulema Council (MUI) follows similar steps to condemn Pokemon because it endangers people’s safety and does not provide any benefits.

However, interestingly, when Pokemon Go is placed alongside sexuality issues in Indonesia—in this case,  the recent national meltdown over lesbian, gay, bisexual, and transgender (henceforth LGBT) issues, both display the paradoxes of the neoliberal Indonesia in which State power is re-enacted by blurring the lines between public and private sphere.

In June, President Joko Widodo announced that his administration has annulled 3,143 regional regulations or perda, which after careful examination are considered to impede economic growth and investment in the areas and conflict with the central government regulations.

Indeed, it is extremely surprising that the intolerance regional regulations or perda shariah, which restricts women and minority groups, were not on the list. Such decision conceivably resonates with Jokowi’s administration focus on economic growth, which is manifested in his speech ‘Keep Calm and Invest in Indonesia’ at the UK-Indonesia Business Forum in London in the same month.

Besides urging British companies to invest in Indonesia, he also reminded the guests that his administration has launched 11 economic policy packages to create business-friendly environment, attract more investment, reduce regulations, and enhance the competitiveness of Indonesia’s economy.

The meeting was ended by the President sealing investment deals worth $19 billion with some British business ventures. Within this neoliberal globalization logic, it seems that the overemphasis on free-market and transnational capital flows will automatically undermine the State sovereignty.

Yet, in Sexual State (2016), using case study from India, scholar Jyoti Puri’s analysis is useful to see that when a state is no longer a focal point in neoliberal regime, policing and regulating sexuality offers an opportunity for State to re-configure itself and re-enacting its power.

While seemingly ridiculous, the fears of national security threats were also linked to the massive anti-LGBT hysteria in the country in the beginning of this year. Defense Minister Ryamizard Ryacudu made controversial statements, associating the Indonesian LGBT movement as a part of proxy war, which is manifested in the form of domination of hegemonic countries in controlling and destroying other countries’ culture.

Such statements on Pokemon and LGBT movements conceivably reflects the existing tensions between ‘the global and local’ that reveals the paradox of the neoliberal Indonesia.

Although the Government of Indonesia seemingly embraces the potential of overseas countries investments to generate the country’s economic growth, it could also be seen that as the power of the nation-state is diminished by the global economic and globalization forces, the State’s preoccupations with sexuality and other aspects of private lives of the citizens provide a fertile ground to reinforce its power.

This reenactment of power paradoxically in turn perpetuates the binary opposition between ‘East’ and ‘West’, in which the former is associated with the importance of preserving national identity, security, and nationalism, while the latter with decadence and hegemony.

The increasingly closer association between Indonesia and Islam after the collapse of the New Order and the subsequent emergence of fundamentalist Islamic politics also contributes to perpetuate and solidify the ‘rigid’ distinction national identity vis-a-vis the alleged globalizing and homogenized ideas and cultures in this internet era.

Nevertheless, although there is a strong impression that State’s power is consolidated in policing the private of the citizens, the State’s apparatuses are at the same time fragmented. In other words, despite the similar stance, the proliferated discourses behind it obviously vary.

The Pokemon controversies has invoked different discourses between the Ministries and public officials—for example, the more positive tone of Anies Baswedan, the more fearful Ryamizard Ryacudu’s one, and the more religious toned one from the MUI.

Similar things also echo in the national crackdown against LGBT a few months ago. While Vice President Jusuf Kalla clearly promulgated that LGBT is a private matter and the State does not have to interfere into its people’s private lives, various other discourses also came from different ministers. 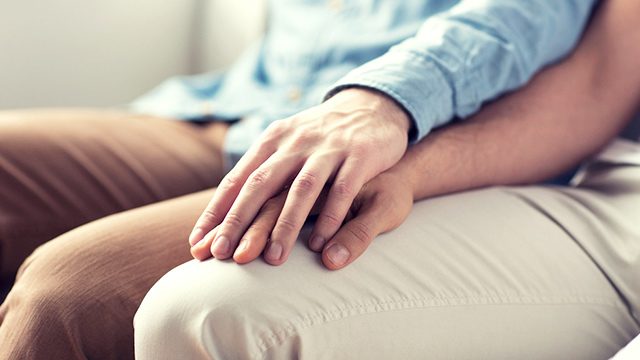 While the former coordinating minister of political, legal, and security Luhut Panjaitan called to end discrimination against LGBT persons, Minister of Social Welfare Khofifah Indar Parawansa and Minister of Women’s Empowerment Yohana Yembise urged the prohibition of campaign on LGBT to protect ‘children’. Hence, the  proliferation of discourses above demonstrates the reconfiguration of State’s power consists of heterogeneous and fragmented discourses, highlighting the fact that State, alongside its power, is not naturally ‘fixed’ and oftentimes, contradictory.

It could be argued that neoliberal globalization involves the simultaneous strengthening and weakening of State power.

As illustrated in Pokemon and LGBT cases, policing private lives under the justification of national identity and security provides a platform for State to re-articulate its power, in spite of the fact that how fractured and heterogeneous the discourses behind it. Perhaps what Freud said is still relevant: “it is only in logic that contradictions cannot exist.” – Rappler.com

The author, who obtained his Master’s in public policy from the National University of Singapore, is the writer of Coming Out and a lecturer of gender and sexuality studies. He is currently pursuing his Masters by Research in Gender and Cultural Studies in The University of Sydney.