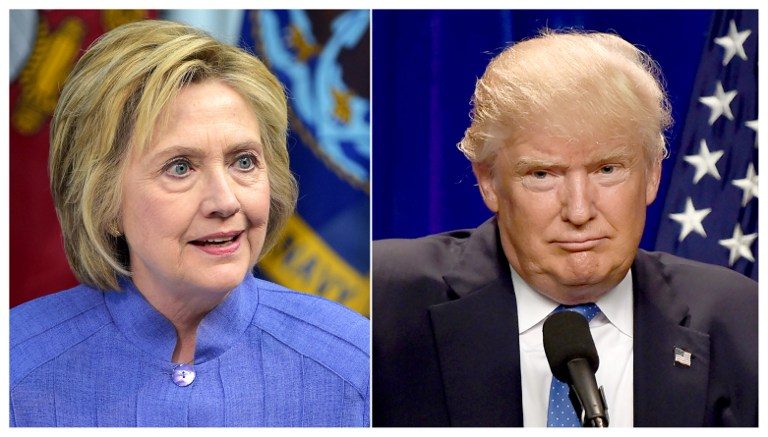 Clinton’s advantage over the Republican Trump is 46% to 39%, according to the CBS News poll.

After the Republican convention but prior to the Democratic one, Trump got a two-point bump and the race was tied, CBS said.

A CNN-ORC poll released later Monday has Clinton, the former secretary of state, commanding an even larger lead of 9 points, 52-43, in the aftermath of the Democratic confab in Philadelphia.

That poll had Trump ahead 48-45 following the Republican convention.

Clinton also came out stronger in terms of the share of Americans who think her policies will move the country in the right direction, rising from 43% of respondents before either convention to 48% today, according to the CNN poll.

“I think both parties got what they wanted out of their conventions,” Republican National Committee chairman Reince Priebus told CNN after the network’s poll was released.

One of Clinton’s biggest problems – Americans’ negative view of her – remains, but it has eased somewhat since the convention last week, the CBS survey suggested.

Fifty percent of registered voters have a negative opinion of Clinton compared to 36% who view her positively, the poll said.

That positive number is up 5 points and the negative one is down 6, it added.

Thirty-one percent of voters have a positive opinion of Trump, which is about the same as before the Republican convention, according to CBS. Fifty-two percent see him negatively.

The survey was carried out July 29-31 among 1,393 adults and has a margin of error of 3 percentage points. – Rappler.com