JAKARTA, Indonesia – She had already accepted her fate.

On Thursday, July 28, Merry Utami, an Indonesian on death row, sat in her isolation cell, ready to die. Later that evening, at 12:45am on Friday, 4 convicts were executed via firing squad.

The signs were all there.

She was transferred to Nusakambangan execution island from Tangerang prison on Saturday, July 23 – the same day she was told her final appeal had been rejected. The move to the island meant looming death.

Merry, 42, had lived in Tangerang since she was imprisoned in 2001, after she was arrested in Soekarno-Hatta international airport in Jakarta the year prior, for having 1.1kg of heroin in her bag.

Then, her priest visited her on the island, to prepare her spiritually and emotionally for death. It was agreed that it would be her priest who would identify her body post-execution.

And finally, visits from her family. Merry’s daughter, accompanied by her 2 young children – a 3-year-old and a 3-month-old – came to visit Merry on the island, off the coast of Cilacap.

To see her grandchildren was Merry’s final request. 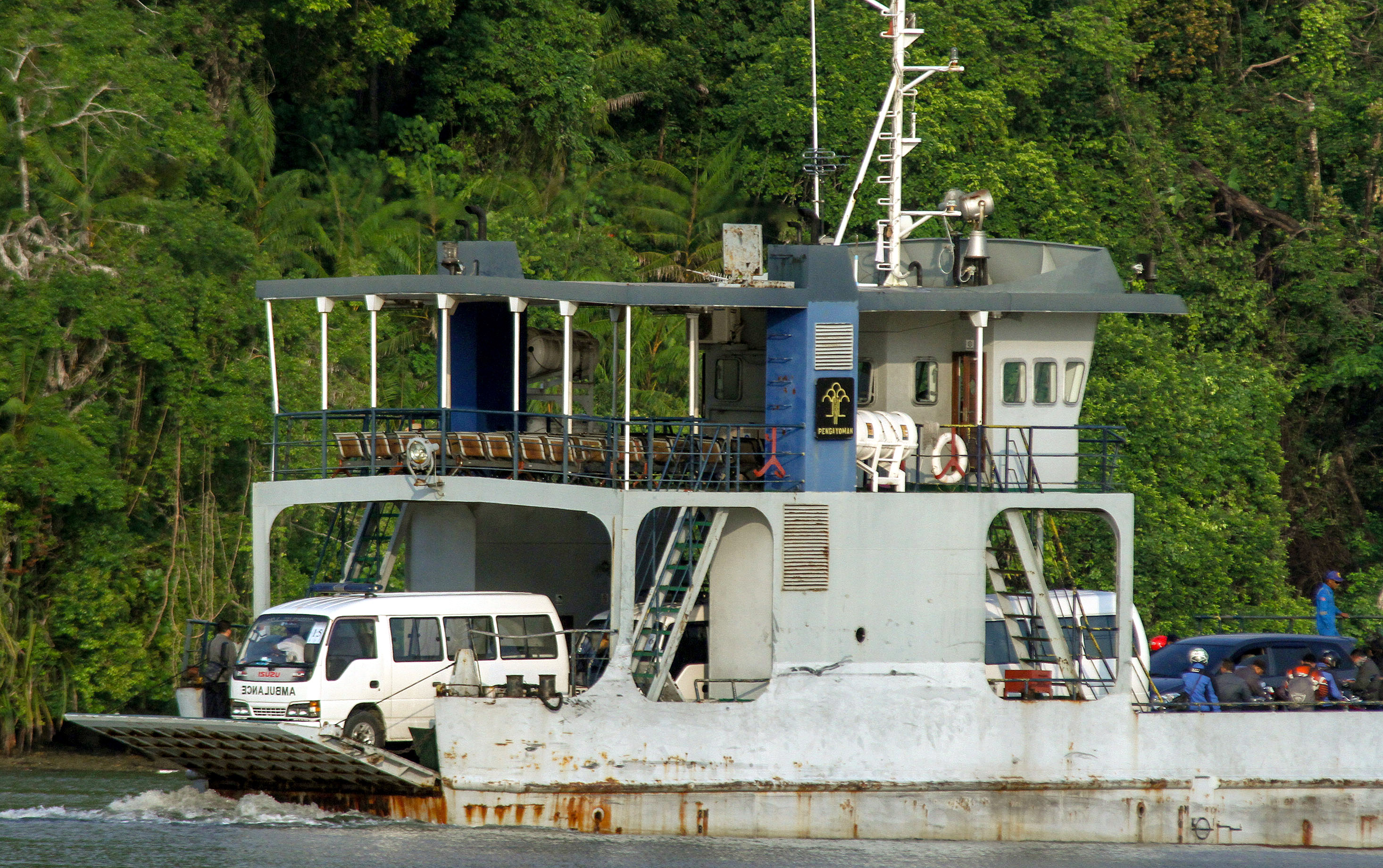 Merry knew she was next to be executed, but the government had been mum about details. Because embassies of foreign convicts are usually informed 72 hours before the death penalty is carried out, and because some embassies found out about their nationals on death row on Tuesday, many believed the executions would take place Saturday midnight.

But by Thursday, the unusual amount of activity on Cilacap port – the closest entry point to Nusakambangan island, carried an air of foreboding.

(READ: Tied to a post, blindfolded, given 3 minutes to relax: How Indonesia carries out its death penalty)

Coffins were seen being transported into the island. The ambulances that carry the corpses after execution drove through. Spiritual advisers came and went.

And the most telling, the firing squad arrived.

On the list to be convicted were 14 alleged drug convicts – 10 foreigners and 4 Indonesians. Of the 10, one each from Pakistan, India, Senegal and Zimbabwe, and 6 from Nigeria.

Merry was the only woman.

(READ: Death row: What we know about those scheduled to be executed)

Merry so desperately wanted to live that on Saturday, when she was moved to the execution island, she made a sudden decision to change her lawyer.

According to Yuni Asriyanti of women’s rights group Komnas Perempuan, her former lawyer was a wealthy, pro-bono lawyer whom Merry was shy to approach, feeling she owed him something. In a last minute attempt to save her life, Merry decided to seek the legal help of the Legal Aid Institute, which has represented past death row convicts.

The organization soon publicized Merry’s case and shared her story – a domestic worker and an unknowing drug mule, who they said was duped into trafficking drugs by a Canadian man who had gifted her with the handbag where the heroin was found.

Yuni said that Merry, who is usually “cheerful, happy and relaxed” was “calm,” even when realizing her fate. It was her daughter who was “down and confused” on Monday, when it had sunken in that her mother was going to die.

But Merry still held on to hope she would be spared.

In a letter dated Tuesday, July 26, and addressed to Indonesian President Joko “Jokowi” Widodo, Merry asked for “mercy and leniency from you to lessen my sentence.”

While Merry maintains her innocence, it is necessary to admit wrongdoing when asking for clemency.

“With utmost respect, I, Merry Utami, beg your forgiveness for what I have done to this country… I hope Mr. Jokowi, with mercy, you can forgive all I have done,” she wrote.

The letter, said Yuni, was suggested by her daughter.

On the daughter’s final visit on Thursday, hours before she was scheduled to be executed, Yuni said Merry’s daughter described her mother as “better and stronger,” and “more at peace,” having “accepted” her fate.

And then night fell and the thunderstorms came. As it grew dark, the hour of execution loomed closer.

All 14 were in their individual isolation cells when the process began. 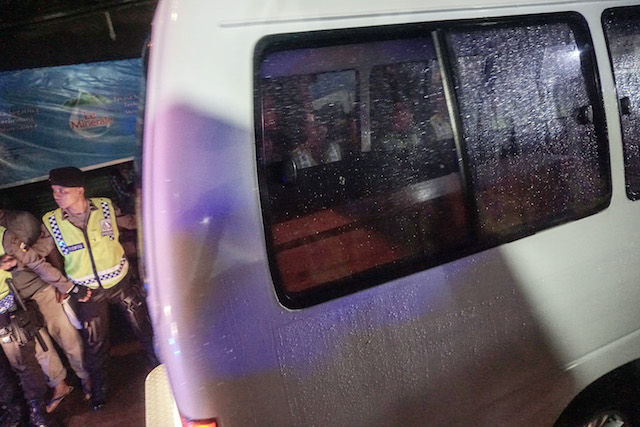 “She (Merry) heard the sound of the doors open. Then one by one, the inmates were taken to be executed,” Arinta told Rappler, as narrated to her by Merry.

“The first convict who was taken to be executed was Freddi (Budiman). She knew because Freddi passed her isolation room. While for the other 3 convicts, she only heard the sound of the doors open.”

Merry was already dressed in the clothing given to her – clean, white clothing, so they could write a black mark right above her heart. Shooting target for the firing squad.

“She said she was ready and accepted that she will die.”

‘She thanked God a thousand times’

In the end, only 4 of the 14 who were scheduled to be executed, ultimately faced the firing squad.

Merry and the other inmates waited for their turn, knowing 4 had already been taken to be killed.

They waited in their isolation cells, awaiting their own deaths, awaiting the walk to the execution pole where they would be tied, blindfolded, and shot by the firing squad.

After about 6 hours of waiting, at around 6 am, Merry recalled to Arinta that “suddenly all the doors were opened.”

“They came out and hugged each other. Then the prosecutors told them they were not going to be executed,” Arinta said.

What ensued was sheer relief and celebration.

“She was very happy. Just like the other inmates. They laughed and told each other how they felt. She thanked God a thousand times.”

If Merry’s narration is accurate, this would mean officials did not tell the convicts themselves that they were spared – until 4 hours after the rest of the world knew.

At about 2 am, officials held a press conference and told media that only 4 were executed and the 10 would be spared.

But the 10 themselves did not know until the sun rose from the sky. They waited for their turn for 6 hours.

“Waiting like that, wondering when will it will be your turn is already a punishment,” Arinta said.

Yuni and Arinta, along with Merry’s daughter, were among a small group who visited Merry in Cilacap prison where she was moved on Friday at 10:30 am, just hours after she was spared from execution.

This is when Merry narrated her experience.

“She is great and cheerful,” Yuni said, when describing Merry’s disposition after she was spared.

Merry’s daughter was also overjoyed upon seeing her mother, giving her a hug and a kiss.

But Arinta said they will not rest until Merry is freed.

“Now we’re trying to move Merry to her prison in Tangerang because all of her belongings are there. It is also where she has lived for more than 10 years,” Arinta said, adding that moving her back will be good for her client’s “psychological recovery.”

“We won’t stop campaigning about her case and asking Jokowi to forgive her. We want to make sure that Jokowi reads the clemency and reviews the case deeply.”

The Attorney-General has said the 10 executions were put on hold, to further review their cases – thus it is still unclear whether the reprieve is temporary or permanent.

Various reports say that while the government was ready to execute 14, it was only in the very last minute that it decided to spare the 10 – evident in the fact that the families and friends of the 14 were waiting on the island to identify their loved ones’ bodies.

But to Arinta, the messy process is a sign of the government’s disregard for human life.

“Why should they be in the isolation room if their cases will be reviewed? This drama also showed that the Attorney General was totally unprepared. They never reviewed thoroughly all the cases of death row,” she said.

“They just don’t care and want to execute death row prisoners as fast as they can.”– Rappler.com