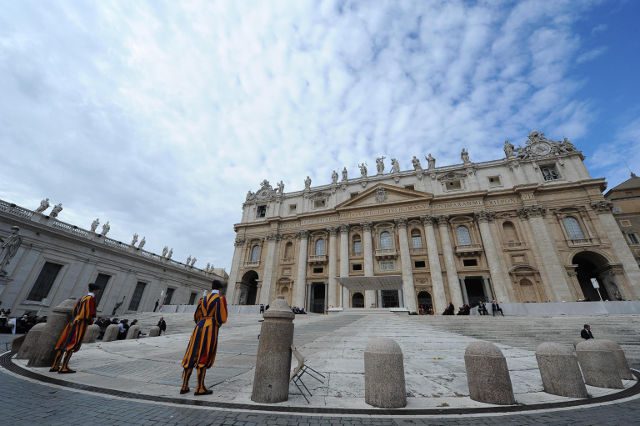 Facebook Twitter Copy URL
Copied
The 13-member commission, made up of 7 men and 6 women, will examine the question with a particular focus on the history of women having played this role in the early years of the Church

VATICAN CITY – Pope Francis on Tuesday, August 2, appointed a commission to study the issue of female Church deacons in a move seen as a potential first step towards women entering the Catholic clergy.

The 13-member commission, made up of 7 men and 6 women, will examine the question with a particular focus on the history of women having played this role in the early years of the Church, the Vatican said in a statement revealing the commission members.

The panel will be chaired by Spanish Archbishop Luis Ladaria, the secretary of the Vatican’s theological watchdog, the Congregation for the Doctrine of the Faith.

A Jesuit, Ladaria is seen as a neutral figure without strong ties to either the progressive or conservative wings of the Vatican hierarchy.

The establishment of the commission follows a pledge made by Francis in May during a question-and-answer session with members of female religious orders.

That was warmly welcomed by Catholic feminist groups such as the US-based Women’s Ordination Conference (WOC).

But Francis subsequently complained that the media had blown his comments out of proportion, saying he had not raised the possibility of women serving as deacons.

Advocates of such a move have long argued that women are pitifully under-represented in the Church’s hierarchy and decision-making processes, despite the number of women in religious orders far outweighing the total of priests and monks combined.

Allowing women to enter the clergy at a rank just below a priest would represent a first step towards correcting this imbalance, they argue.

They also insist there is no theological obstacle to the move because of the precedent established by women performing the role in the early centuries of Christianity.

Francis said in May that he was unclear about the history and that it “would do good for the Church to clarify this point.”

He made it clear that he did not see women becoming priests. That option was examined and categorically rejected by one of his predecessors, Pope John Paul II, in 1994.

In 2001, a commission charged with looking into the term “deaconess” concluded there was no basis for ordaining women to the role.

Lucetta Scaraffia, an editorialist for the Vatican daily Osservatore Romano, said studying the history of female deacons was tantamount to re-examining the issue of whether the Church should allow them again.

“I cannot say if it could happen soon, but it is encouraging. The fact that the pope acted quickly on what he said in May is a good sign,” she told Agence France-Presse.

The Vatican did not set a deadline for the commission to reach conclusions on what is a vexed issue.

After Francis’s comments in May, one of his closest allies, the liberal German Cardinal Walter Kasper, predicted a fierce debate.

“On this issue the Church is split down the middle,” the leading progressive theologian said, while cautioning that all previous attempts to open the clergy’s door to women had been rejected.

Although deacons cannot celebrate mass on their own or hear confessions, they are ordained and can carry out many tasks in place of a priest, while remaining free to marry and have a family.

Their tasks can include presiding over baptisms, weddings, funerals, and prayer services. They often help with parish management and offer pastoral guidance to believers.

Francis has often championed the special qualities of the female sex, saying in December 2014: “Women are like strawberries on a cake – you always need more of them.”

He has also repeatedly said since becoming pope in 2013 that he does not represent all Church teaching as being set in stone.

He has tried to make the global institution more understanding, less judgmental in its approach to divorced, cohabiting and gay believers.

Some critics say he has delivered little concrete change but his supporters have hailed the new mood music as hugely significant. – Rappler.com