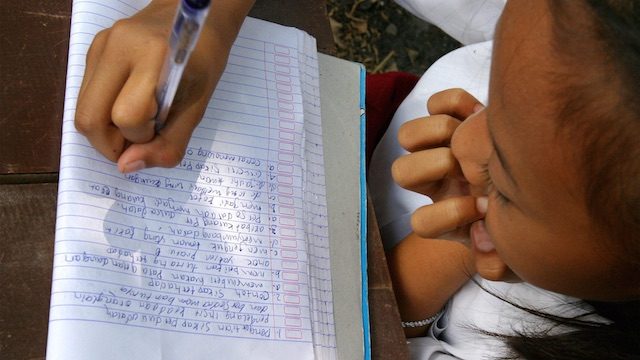 JAKARTA, Indonesia – A teacher has been found guilty of child abuse after pinching his student.

Samhudi, who like most Indonesians go by one name, was sentenced to 3 months in prison after a district court found him guilty for violating Article 80 of the Child Protection Law.

The junior high school physical education teacher reportedly pinched his student in February, as punishment for the child’s refusal to participate in afternoon prayers.

The child’s parents reported Samhudi to police on February 8.

But the sentence has received backlash. (READ: Teacher punishes student with a haircut, parents take revenge)

While any sort of abuse towards students is unjustified, Samhudi’s sentence was especially controversial since he and the parents had agreed to settle the case on July 8. Critics say the case continued because the student’s father is a member of the military.

Because of his imprisonment, Samhudi will also be labeled as an ex-convict after his release.

It is unclear whether Samhudi plans to appeal the sentence, but the Indonesian Legal Aid Foundation has called the sentence “excessive.”

“What Samhudi did was wrong but it was not a crime,” the Foundation’s Alvon Kurnia said, as quoted by the Jakarta Post.

What do you think? Was a jail sentence too harsh for pinching a student? Leave your comments below. – Rappler.com