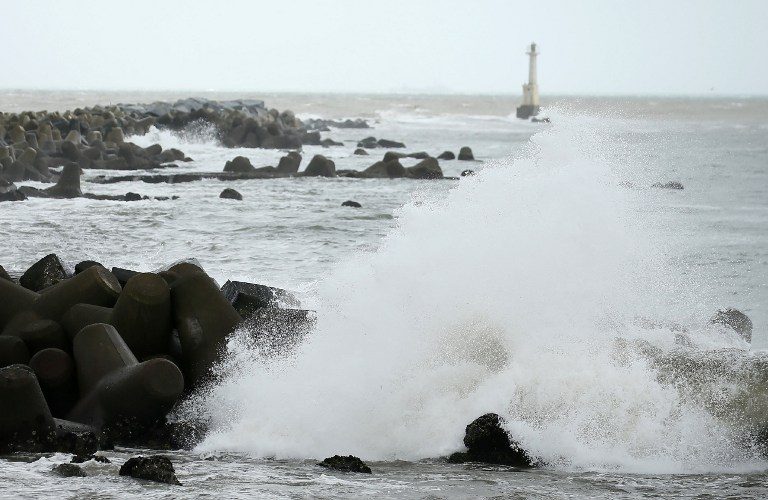 Typhoon Lionrock made landfall near the city of Ofunato shortly before 6 pm (0900 GMT), the Japan Meteorological Agency said, after moving up Japan’s Pacific Ocean coastline.

Packing wind gusts up to 162 kilometers (100 miles) per hour, the storm was moving northwest at 50 kilometers per hour, it said.

It is the first typhoon to directly land in the region from the Pacific Ocean since the country’s present weather observation system was introduced in 1951, the agency said.

Typhoons usually approach Japan from the south and southwest before moving northward across the archipelago.

While there were no official reports of casualties, local media reported some minor injuries, such as a fall by a 40-year-old woman in strong winds.

Authorities warned of landslides and high water due to expected heavy rain of up to 8 centimeters per hour. Landfall, which came at high tide, brought flooding along the coast.

Television footage showed local residents struggling to walk amid water above their knees in the city of Miyako, where some cars were half-submerged and some 600 people were advised to evacuate.

Miyako was one of the northeastern coastline cities hit in March 2011 by a deadly tsunami generated by a massive magnitude 9.0 offshore earthquake, which also triggered meltdown at the Fukushima Daiichi nuclear plant.

Local authorities were using heavy machinery to pile huge sandbags along the coast in a bid to hold back raging waves, as they opened up some public buildings for use as shelters.

Schools were closed across the affected area, broadcasters reported.

At the crippled Fukushima Daiichi nuclear plant, efforts were made to secure construction cranes and equipment from violent winds, operator Tokyo Electric Power Company said. Some sensitive decommissioning work was suspended, they added.

The typhoon was affecting manufacturing and travel, with Toyota suspending production at two of its plants in the region, the company said, though added they were expected to restart on Wednesday, August 31.

In the northern part of the country, some Shinkansen super fast bullet trains were suspended.

Lionrock comes on the heels of two others that hit Japan in the past 9 days, resulting in two deaths, the cancellation of hundreds of domestic flights, and disruptions to train services.

Formed more than 10 days ago, it has become the longest-lasting typhoon of those that have developed north of the 30th parallel north, breaking a 46-year-old record, according to the private Weathernews agency.

The previous record-holding typhoon in that category was in 1970, which survived for 9 days and 6 hours, Weathernews said on its website.

Lionrock was expected to cut across Japan’s main island of Honshu and head out to sea towards Russia and China, according to the weather agency. – Rappler.com