Sep 7, 2016 8:20 AM PHT
Rappler.com
Facebook Twitter Copy URL
Copied
'When the president of the Philippines insulted our president, it was appropriate and a very low-key way to say, 'sorry, no meeting,' says Hillary Clinton 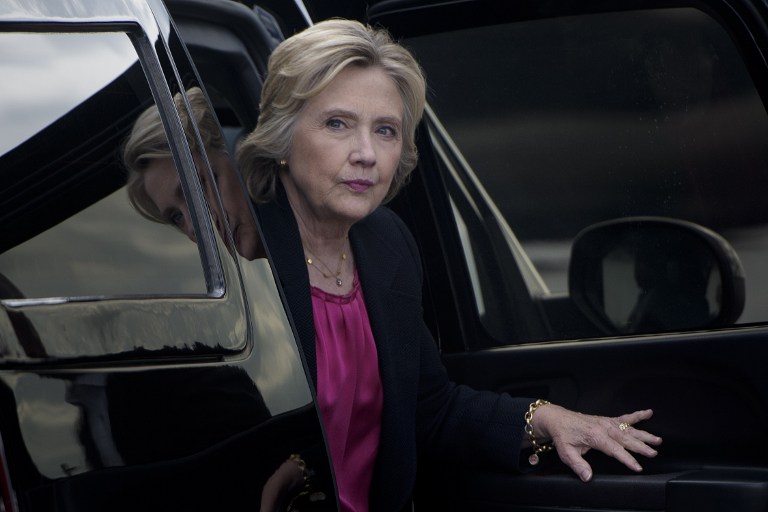 MANILA, Philippines – US presidential candidate Hillary Clinton weighed in on the diplomatic flap involving Philippine President Rodrigo Duterte and the man she would like to replace, US President Barack Obama.

Clinton, the Democratic Party’s nominee for president and Obama’s former Secretary of State, said the US leader was right to cancel the bilateral meeting with the Filipino leader.

“When the president of the Philippines insulted our president, it was appropriate and a very low-key way to say, ‘sorry, no meeting,'” she told reporters Tuesday, September 6.

Obama and Duterte’s planned meeting Tuesday on the sidelines of the ASEAN Summit in Laos was cancelled, after the latter launched an expletive-laden tirade against the former in relation to their potential discussion about extrajudicial killings.

Duterte made his controversial remarks just before he left Davao City for Vientiane on Monday, September 5.

“We have a lot of ties between the United States and the Philippines. And I think it’s very important that we have a relationship, but there has to be a certain level of respect that is expected on both sides,” Clinton said.

She also said that Obama’s planned talking points – which included human rights and the controversial “war on drugs” – is a valid concern. (READ: US releases rare list of concerns under Duterte)

“On the other side, they determine what they want to raise. And clearly the president was going to raise concerns that are global, about what is going on in the Philippines with extrajudicial killings of alleged drug dealers, that is now somewhere up near 2,000 killings.”

Duterte has since apologized for his remarks, saying it was not meant to be a personal attack.

“And since then there’s been an apology and an expression of regret, which is appropriate,” she added.

On the other hand, Donald Trump, the Republican nominee for US president, reacted to the diplomatic dust-up with just a tweet. Trump has often been compared to Duterte.

China wouldn't provide a red carpet stairway from Air Force One and then Philippines President calls Obama "the son of a whore." Terrible!