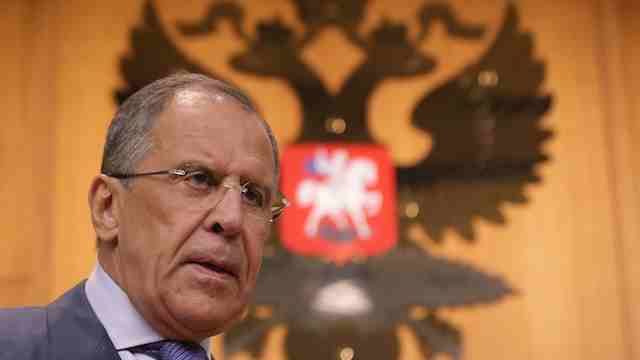 GENEVA, Switzerland (UPDATED) – The United States and Russia agreed a deal Friday, September 9, to impose a ceasefire in Syria, and if the truce holds they will begin a joint military effort against Islamic jihadists.

US Secretary of State John Kerry and Russian Foreign Minister Sergei Lavrov said the truce would come into force on Monday, September 12, the first day of the Muslim holiday of Eid al-Adha.

The two powers back opposite sides of the conflict, with Moscow supporting the regime of President Bashar al-Assad and the US behind a coalition of rebel groups it regards as moderate.

But if Russia is able to use its leverage over Assad to respect the ceasefire for a week, Moscow and Washington will begin joint air strikes against agreed terrorist targets.

The much anticipated breakthrough came at the end of marathon talks between Lavrov and Kerry in Geneva, as the pair push for an end of the 5-year civil war that has killed 290,000 and displaced half the country’s population.

“Today, the United States and Russia are announcing a plan which we hope will reduce violence, ease suffering and resume movement towards a negotiated peace and a political transition in Syria,” Kerry said.

The vexed question of President Bashar al-Assad’s fate remains, with Western powers calling for his removal and Russia backing him.

But both Kerry and Lavrov said the plan represents the best available chance to end the fighting between Assad and the mainstream opposition rebels, while still targeting Al Nusra jihadist rebels and Islamic State extremists.

Lavrov stressed that his country had long been calling for closer cooperation with the US to fight Al Nusra, Al-Qaeda’s Syrian affiliate, and the Islamic State.

“Despite all the problems, despite the mistrust, despite the attempts to disrupt what we agreed today, we have been able to work on a package of documents,” Lavrov said.

“All this creates the conditions for a return to the political process,” he added.

The Pentagon warned in a statement following the announcement that any “potential military cooperation” between the US and Russia was contingent on the terms of the truce being “fully met”.

“We will jointly agree on strikes against terrorists to be carried out by the Russian and American air forces. We have agreed on the zones in which these strikes will be carried out,” said Lavrov.

“Only the Russian and American air forces will work in these zones,” he added.

US and its allies have been insisting that Assad’s own air force, accused of widespread civilian massacres, must stand down.

The final hours of the talks dragged out as Kerry contacted US President Barack Obama’s office to get approval for the plan, but the top diplomat said both governments stand behind it.

“The United States is going the extra mile here because we believe that Russia and my colleague have the capability to press the Assad regime to stop this conflict and come to the table and make peace,” Kerry said.

The ceasefire should see Syrian and allied forces pull back from positions on key supply routes around Aleppo, allowing desperately needed humanitarian access to the communities besieged in the 5-year-old conflict.

The UN’s Syria envoy Staffan de Mistura joined Kerry and Lavrov after their talks and welcomed the deal, which he said he will to take to UN Secretary General Ban Ki-moon and to seek international support for its implementation.

“The United Nations hopes that the political will that led to this understanding is sustained,” Mistura said in a statement.

‘Back to square one’

Washington wants concrete steps from Russia to force Assad to stop bombing Syrian citizens, respect a ceasefire and lift the siege of the northern city of Aleppo.

Though Lavrov cautioned that Moscow could not “100% guarantee” that all the parties would obey the ceasefire.

Pro-regime forces have taken back a strategically important district on Aleppo’s southern outskirts, rolling back nearly every gain from a month-long rebel offensive there.

And in another major blow to the rebels, the military commander of the Army of Conquest, the largest rebel alliance, was killed in an air strike, Islamist sources said Thursday, September 8.

“Rebels are now back to square one, under an even more ruthless siege,” Rami Abdel Rahman, head of the Syrian Observatory for Human Rights, told Agence France-Presse (AFP).

In Aleppo, desperate civilians described a battle for survival.

“This siege is much harder than the first one. During the first one, there were at least some products still in the market – now there’s nothing at all,” said one shopper, Omar al-Beik.

“No products, no vegetables, no sugar. Nothing. We came to buy a few things to cook and we couldn’t find a thing,” he told AFP.

In the nearby Al-Sakhur district, Abu Omar said he was bracing himself for more shortages.

He and his 3 children are surviving on rice, bulghur wheat and lentils, and had not had bread in 3 days.

“There’s a risk that we’ll be starving in two weeks,” he said.

The Syrian war began as a pro-democracy revolt in 2011 but morphed into a multi-front conflict after the regime unleashed a crackdown. – Rappler.com