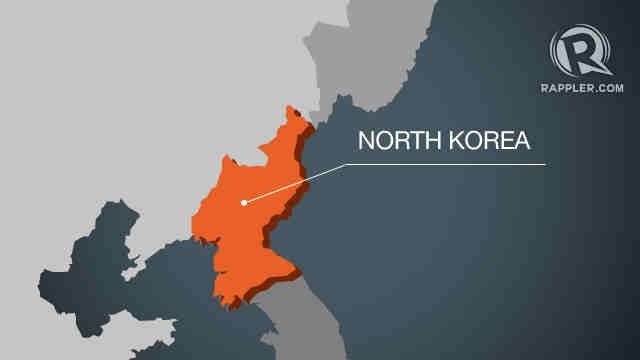 Facebook Twitter Copy URL
Copied
Some 107,000 people have been forced to flee their homes in the area along the Tumen River, the United Nations says in a statement

SEOUL, South Korea – Severe flooding in a North Korean border region has killed at least 133 people with another 395 missing and thousands of homes swept away, the UN says, after Pyongyang reported “great hardship” in the area.

Some 107,000 people have been forced to flee their homes in the area along the Tumen River, the world body said in a statement received Monday, September 12, which cited Pyongyang government figures.

The North’s official media has described the downpour which led to the floods near the northeastern border with China and Russia as the worst for decades, and said it brought severe hardship to residents.

It says a nationwide mass-mobilization 200-day labor campaign intended to bolster the economy has been redirected to assist the flood victims.

The impoverished nation is vulnerable to natural disasters, especially floods, due partly to deforestation and poor infrastructure.

At least 169 people were killed by a massive rainstorm in the summer of 2012.

Major state resources are swallowed up by a missile and nuclear weapons program which Pyongyang says is essential to deter US aggression.

More than 35,500 houses have been hit by the latest floods, with 69 percent of them completely destroyed, and 8,700 public buildings have been damaged, the UN Office for the Coordination of Humanitarian Affairs (OCHA) said in a statement dated Sunday.

OCHA said a group made up of UN agencies, international NGOs, the international Red Cross and the North’s Red Cross had visited parts of the flood-stricken region last week to assess needs.

It said aid agencies have released material from stockpiles in the North such as food and shelter.

UNICEF said its staff were part of the joint UN, NGO and government rapid assessment team. It said a truck carrying emergency supplies including oral rehydration salts, medical kits, vitamin supplements and water purification tablets left Pyongyang on September 5 on its way to the affected areas, and that further supplies were on the way.

The North’s government was working urgently to reopen roads and was distributing relief goods and building materials. The priority was to rebuild 20,000 homes by early October, before the bitter Korean winter sets in.

From floods to ‘fairyland’

The North has trumpeted the role of its ruling Workers’ Party in responding to the disaster in North Hamgyong province.

The aim is “to turn the area into the fairyland in the era of the Workers’ Party within this year by dint of army-people great unity, harmonious whole”, said party newspaper Rodong Sinmun on Monday.

“The party regards the work for taking care of the people’s life in a responsible way as the most important affair and duty and has steadily created legendary stories about love for the people,” it added.

Much of North Korea is hilly or mountainous but slopes have long been stripped bare for fuel or turned into terraced ricefields. This allows rainwater to flow downhill unchecked.

A series of floods and droughts was partially responsible for a famine that killed hundreds of thousands between 1994-98, with economic mismanagement and the loss of Soviet support exacerbating the situation.

The UN Food and Agriculture Organization said in April that North Korea’s chronic food shortages were expected to worsen, given the tight food supplies last year and this year when “most households were already estimated to have poor or borderline food consumption levels”.

The United Nations Security Council is planning fresh sanctions on the nation after it staged its fifth nuclear weapons test Friday. – Rappler.com