Another Indonesian hostage released by the Abu Sayyaf 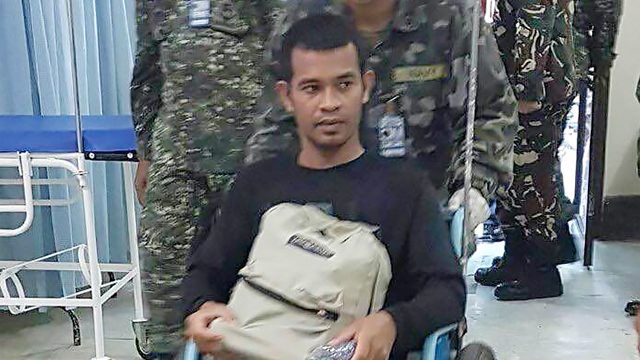 Facebook Twitter Copy URL
Copied
Speaking to interpreters, he asked for food and relayed how government troops nearly rescued him 3 times as they engaged the ASG in fierce gun battles.

MANILA, Philippines – Another Indonesian kidnap victim was released by the Abu Sayyaf Group (ASG) on Thursday, September 22, just 4 days after 3 other Indonesian sailors were earlier released.

The Abu Sayyaf turned over Herman Bin Manggak, 30, to another group of Muslim gunmen, the Moro National Liberation Front (MNLF) group, who later handed him over to the authorities, a military statement said.

He was officially turned over to military custody at 12 noon by the Sulu local government unit and immeidately taken to Camp Bautista hospital in Jolo for check-up and processing.

Speaking to interpreters, he asked for food and relayed how government troops nearly rescued him 3 times as they engaged the ASG in fierce gun battles. 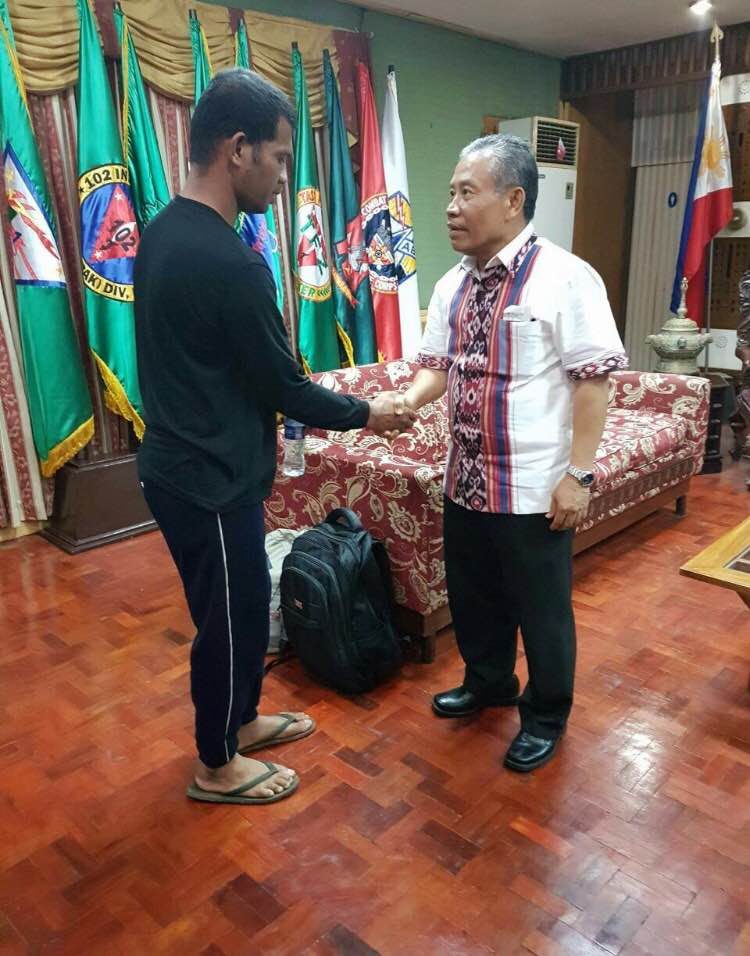 Manggak was snatched off a boat at gunpoint in the Sulu Sea close to the Malaysian border with the Philippines where numerous Indonesian and Malaysian seafarers have been abducted by the group in recent months.

He was held for 50 days on the Philippine island of Jolo, a stronghold of the kidnappers who earlier Thursday turned him over to MNLF.

The terms of his release were not disclosed, though the Indonesian ambassador to Malaysia had said the gunmen initially demanded 10,000 ringgit ($2,500) for him after freeing two other crew members. The Abu Sayyaf is still holding 5 other Indonesian citizens, the Philippine military said.

On Saturday the group also released Norwegian resort manager Kjartan Sekkingstad after a year in captivity.

The Abu Sayyaf is a loose network of a militants formed in the 1990s with seed money from Osama bin Laden’s Al-Qaeda network that has earned millions of dollars from kidnappings-for-ransom.

While its leaders have in recent years pledged allegiance to the Islamic State group, analysts say the group is mainly focused on a lucrative kidnapping business rather than religious ideology.

On the same day, 20 members of the Abu Sayyaf surrendered to the Philippine Army in Sumisip, Basilan. The members were under sub-leader Katatong Balaman, alias Tatong, from Basilan Province. The group also surrendered 8 high-powered firearms and two locally-made shotguns were surrendered by the group.

Tatong’s group was behind some skirmishes against government troops in Sumisip.

The army said its “relentless operation where they suffered lots of casualties” has contributed to the surrenders.

“We are very open for surrenderees. We want to end this war in peace and pave the way for development in Basilan,” said Colonel Thomas C. Donato, Jr.,

Duterte has sworn to eliminate the Abu Sayyaf, ordering the military to “destroy” the group in August after it beheaded a second Canadian hostage. The military has deployed more than 8,000 troops to Sulu, losing 15 of its men in a single battle last August. At least 14 ASG members were also killed. – with reports from Carmela Fonbuena/Natashya Gutierrez/Agence France-Presse/Rappler.com