Clinton edges ahead of Trump in post-debate poll bump 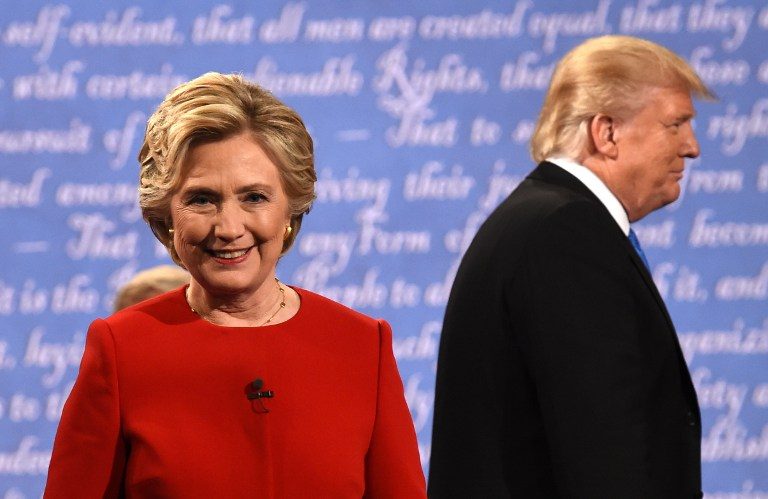 WASHINGTON DC, USA – Hillary Clinton has pulled ahead of presidential rival Donald Trump in a new national poll out Friday, September 30, just days after her strong showing in the first televised debate.

The Democrat and former secretary of state bested her Republican rival by 3 percentage points in a Fox News poll which showed her ahead 43% to 40%.

The nationwide results come as Clinton’s numbers improve in a number of critical swing states following the debate.

Florida – with its prodigious number of electoral votes – has swung back toward Clinton since the political showdown on Monday, September 26, polling shows, offering her a tantalizing opening to reach the White House.

Meanwhile a Detroit News-WDIV-TV 4-way matchup conducted in the battleground state of Michigan found Clinton leading Trump by 7 percentage points after the debate.

The first of 3, the debate was the most watched in US history with 84 million people tuning in, according to a Nielsen tally.

During the clash the Democrat frequently forced her prickly opponent on the back foot over judgment, taxes, foreign policy and terrorism.

But American voters do not particularly like either candidate and many are still undecided.

The Fox News poll found that 53% had an unfavorable opinion of Clinton, while 55% view Trump in a negative light.

The number of voters who find Trump honest and trustworthy, meanwhile, sank 8 points since mid-September to 31%.

The Fox News poll interviewed 1,009 registered voters, and includes results among 911 likely voters. It was carried out Tuesday through Thursday, September 27 to 29. – Rappler.com