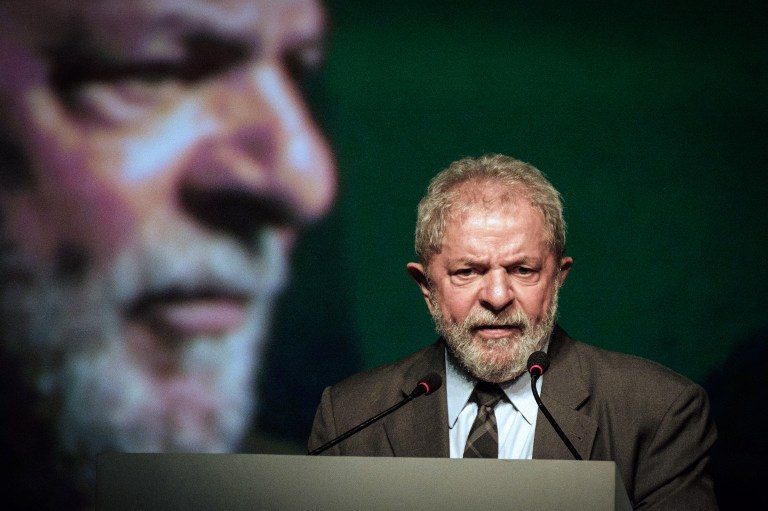 Lula – a hero to the Latin American left and once a supremely popular president – is the politician in question, the official Agencia Brasil news service confirmed.

The police said a 10-month investigation revealed that construction giant Odebrecht paid 20 million reais in bribes – worth approximately $9.6 million at the time of the alleged crimes – to Exergia, the company of Lula’s nephew.

In return, Lula is alleged to have used his influence to help Odebrecht secure a loan from Brazil’s development bank, the BNDES, to finance its Angola project. He is charged with influence-peddling and bribe-taking, Agencia Brasil said.

The charges will be examined by prosecutors and, if approved, sent on to a judge who must also give the green light for a trial to take place.

Rodrigues began working with his company Exergia in Angola – a Portuguese-speaking country that has close contacts with Brazil – from 2007, Brazilian media reported. He went on to win a large contract with Odebrecht in 2012, Estadao reported.

Prosecutors have separately named Lula, 70, as the mastermind of a huge corruption scheme in which the state oil company Petrobras was systematically plundered by a network of executives, politicians and big contractors such as Odebrecht. Marcelo Odebrecht is currently serving a 19-year prison sentence for Petrobras-related crimes.

Lula already faces two court cases. One concerns alleged bribes taken from OAS, another construction company that allegedly benefitted from sweetheart deals with Petrobras, and an obstruction of justice case.

The Brazilian media reported the Angola-related charges hours before the police confirmed them.

The Lula Institute, which represents the ex-president, said in a statement that lawyers would “analyze the document from the federal police, which was leaked by the media and revealed in a sensational way before the defense had access.”

Lula is the victim of a “media massacre… to try to destroy the image of the most popular president in the country’s history,” the institute added.

The former president has repeatedly stated his innocence, saying he is being targeted to prevent him from trying to return to power in the 2018 presidential election.

Lula served from 2003-2010 and left office with sky-high ratings and international approval for his work lifting tens of millions of Brazilians from poverty while presiding over an economic boom.

He remains one of the most popular potential candidates for 2018, opinion polls show.

However, the Workers’ Party, which he founded, was trounced in municipal elections on Sunday and Lula’s legacy severely tainted by corruption scandals and the steep decline of the economy.

His chosen successor, Dilma Rousseff, was impeached and removed from the presidency in August after being found guilty of breaking budget laws. Her former vice president and political enemy, the center-right veteran Michel Temer, took over the presidency.

If Lula is convicted of a crime, he could be barred from political office for a period stretching well beyond the 2018 election. – Rappler.com