Hurricane Matthew: What we know 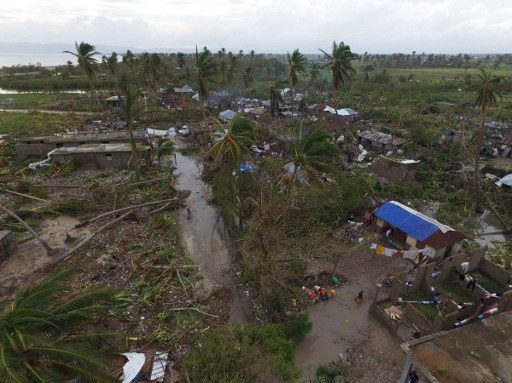 MIAMI, USA (UPDATED) – Hurricane Matthew was downgraded to a Category Two Friday, October 7, as it churned northward up Florida’s east coast after leaving a trail of destruction in Haiti, Cuba and the Dominican Republic.

Here’s what we know about this deadly, dangerous storm:

The storm killed more than 400 people in Haiti, according to a senator from the hard-hit south of the country, which is the poorest in the Americas. The final toll is expected to be higher.

More than 29,000 homes were destroyed in the Sud department alone, and more than 20,000 people have been displaced, local authorities said.

One million people are in need of assistance, according to CARE France, a humanitarian group.

More than 1.3 million people were evacuated in Cuba, where Matthew made landfall Tuesday night, October 4.

No casualties were reported, but officials described severe damage to the historic town of Baracoa, the first Spanish settlement on the island (founded in 1511).

Authorities restored contact Friday with two eastern towns, Maisi and Imias, which had been cut off in the storm’s aftermath. Both suffered power outages and serious damage but no fatalities.

The hurricane killed at least 4 people – 3 of them children – and injured one in the Dominican Republic.

Some 28 people were rescued from rooftops or trees.

Matthew’s eye moved over Freeport on Thursday, October 6, battering the islands with winds of 140 miles (220 kilometers) per hour.

Witnesses said roads were littered with fallen palm trees and smashed fences. Utility lines were down as heavy rains doused business districts and windows shattered in some coastal hotels.

New Providence, the most populous island and home to the capital Nassau, was spared the worst of the storm, suffering downed trees and power lines, as well as structural damage to a number of commercial buildings and residences.

The storm blocked first responders from reaching two people with medical emergencies, while two others died when hit by a falling tree.

Matthew was downgraded Friday around 5:00 pm (2100 GMT) to a Category Two storm on a 5-point scale as it pummeled the northeast coast of Florida.

While no longer considered a “major” hurricane, the storm was still producing maximum sustained winds of 110 miles (175 kilometers) per hour as it traveled about 55 miles east-northeast of Jacksonville at 0000 GMT Saturday, October 8.

It remained unclear if Matthew would make landfall, and a turn to the northeast was forecast for Saturday. (READ: Second hurricane, Nicole, forms south of Bermuda – US monitor)

A hurricane warning was in effect north of the Flagler/Volusia county line to Surf City, North Carolina.

Dusk-to-dawn curfews were in place in half a dozen South Carolina counties, as well as in Georgia’s Chatham County, of which Savannah is the seat.

She said 310,000 people in the state had already evacuated.

According to forecasters, Matthew could bring destructive winds and storm surges as high as 9 feet (2.7 meters) in some areas, with 8 to 15 inches of rain.

Across Florida, 1.1 million people were left without power – about 11% of customers – as of late Friday.

Some 3,500 National Guard troops were activated to assist with shelters and evacuation orders.

NASA’s Kennedy Space Center sustained some damage to roofs at the launch pad complex, but not to rocket hardware. Popular theme parks, including Disney World, were closed Friday. – Rappler.com