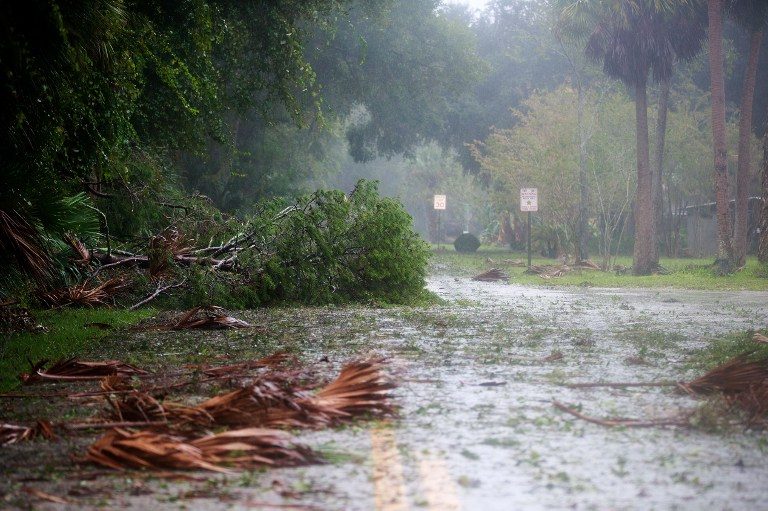 Facebook Twitter Copy URL
Copied
A woman in her late 50s suffers a medical emergency in her home in central Florida's St. Lucie County, but high winds prevent fire officials from reaching her

MIAMI, USA – The United States marked its first known fatality from Hurricane Matthew as the Category 3 storm lashing the Florida coast claimed the life of a resident there, fire officials said Friday, October 7.

A woman in her late 50s suffered a medical emergency in her home in central Florida’s St. Lucie County, but high winds prevented fire officials from reaching her, a fire spokeswoman told AFP.

The powerful storm surged through the Caribbean earlier this week, at times as a powerful Category 5 storm, killing at least 400 people in Haiti and 4 in the Dominican Republic. – Rappler.com