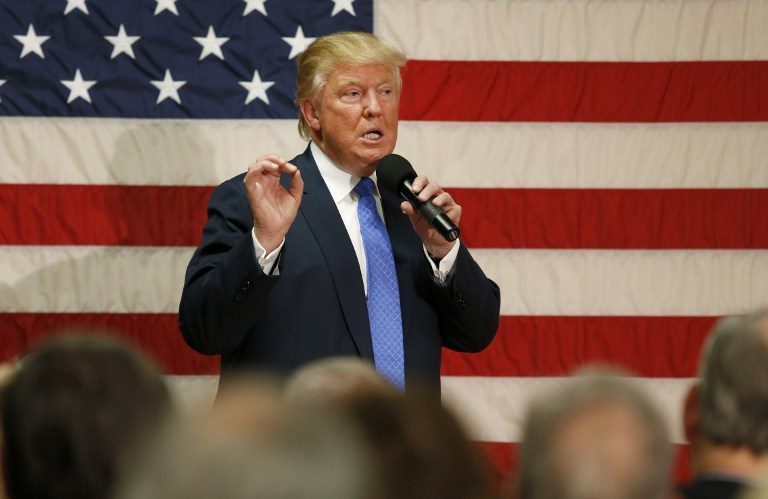 WASHINGTON DC, USA – Donald Trump on Friday, October 7, accused the Obama administration of speeding up the naturalization of immigrants “so they can vote in the election” – presumably for his Democratic rival, Hillary Clinton.

The Republican presidential candidate made the remarks during a meeting in his Trump Tower offices in New York with 5 members of the National Border Patrol Council, a union representing police officers guarding the border with Mexico.

The 18,000-member union has endorsed Trump for the presidency.

A union official, Art Del Cueto, told the candidate that the processing of undocumented immigrants with criminal records had been slowed because immigration officers were so busy handling citizenship applications.

When Trump asked why they were doing so, Del Cueto replied: “They want to hurry up and fast-track them so they can go ahead and vote in the election” on November 8.

“That’s huge,” the Republican candidate then said to journalists invited to sit in on a portion of the meeting. “They’re letting people pour into the country so they can go and vote.”

Trump seemed to have conflated two issues: the apprehension of clandestine immigrants and the years-long process involved in the naturalization of documented immigrants.

It is not possible to obtain American citizenship – and thus the right to vote – immediately after entering the country without documents.

Neither Trump nor Del Cueto offered any evidence to support their allegation.

The US Citizenship and Immigration Services office, not the Border Patrol, handles citizenship applications.

Contacted by Agence France-Presse (AFP), the police union could provide no clarification of Del Cueto’s remarks.

But Trump has often cited the union’s complaints in promoting his plan for combating illicit immigration, and notably for the construction of a wall along the lengthy border with Mexico. (RELATED: Clinton-Trump debate: The objectives of each candidate)

Like many Republicans, he has also suggested that Democrats support a plan for the massive regularization of millions of the undocumented – primarily Mexicans – in order to benefit from their votes in future elections. – Rappler.com