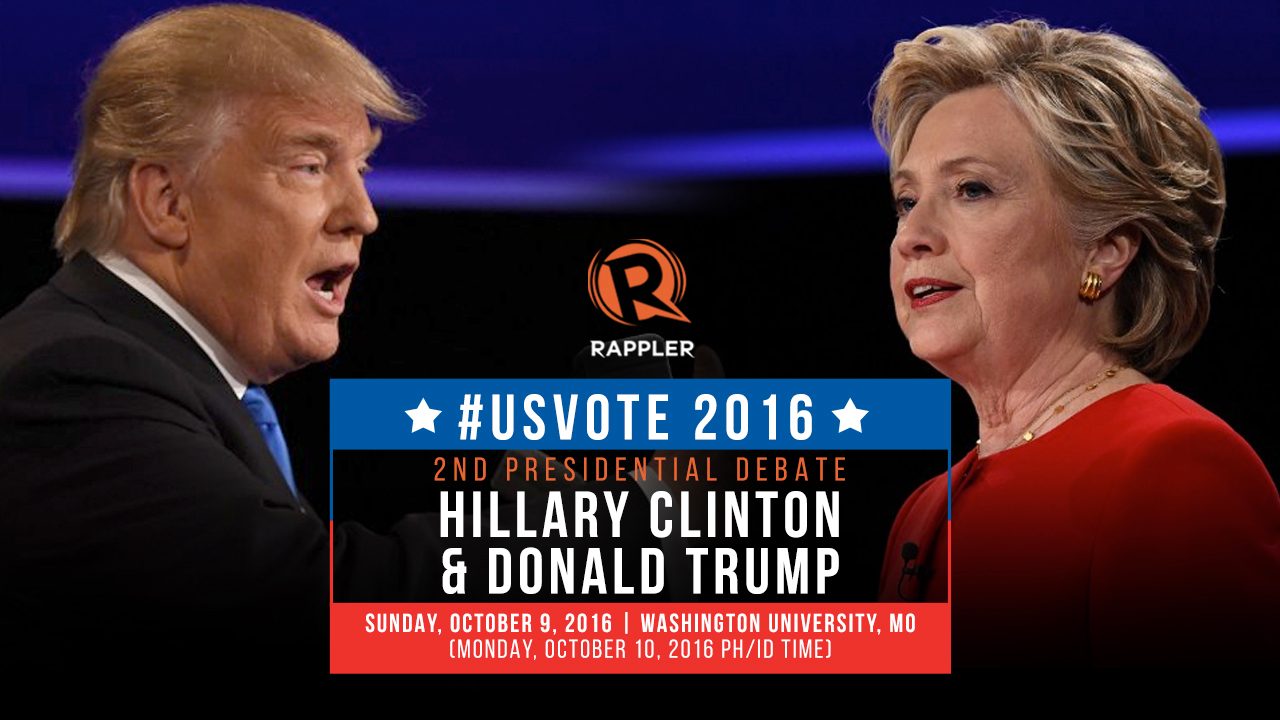 Facebook Twitter Copy URL
Copied
Hillary Clinton and Donald Trump face off in the second debate of the 2016 US presidential election season on Sunday, October 9 (Monday, October 10 in Manila)

MANILA, Philippines – The two leading candidates for the presidency of the United States faced off again on Sunday, October 9 (Monday, October 10 in Manila), during the 2016 election season’s second presidential debate.

Democratic Party nominee Hillary Clinton faced Republican Party nominee Donald Trump, during the town hall debate at Washington University in St. Louis. This was the second time the two candidates shared the same stage, and with a month to go, the stakes were higher.

The debate was organized by the Commission on Presidential Debates.