From a fan: A letter to Morrissey after he abruptly left his Jakarta concert 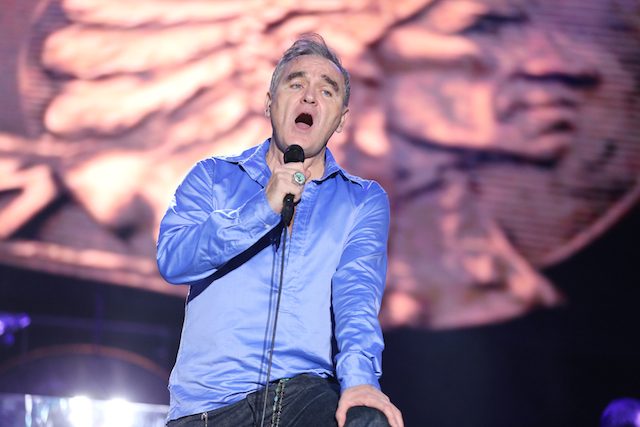 Facebook Twitter Copy URL
Copied
A fan writes a letter to the British singer who left the stage mid-performance without saying goodbye.

On Wednesday, October 12, British singer Morrissey performed in a concert in Jakarta. During the concert, he advocated for an end to animal cruelty, before abruptly leaving his performance without explanation – leaving his Indonesian fans confused. This letter was written by a fan who was in attendance.

It feels like my heart is being squeezed with a strange pain, Moz. The pain caused by an unmet longing, disappointment, and anger. About the anger, it’s not because of you, but whatever it was that annoyed you. Would you tell me what it was, Moz?

Wasn’t Jakarta a city that as you said, “gives you pleasure”? Did the concert venue leave you unsatisfied? Didn’t the promoter honor your requests? Did we, your fans, hurt you by violating the concert rules? Did you feel your messages about animal rights was left unheard? Or was it me who tiptoed and pointed at you during the sing-along “…get yourself back to the Ghetto”?

Did you see too many people busy with their gadgets while you were singing? Did you spot someone smoking right in front of you? Do we share the same thought, that some of your fans are only a bunch of ignorant hipsters—who came to Senayan only to rid of their FOMO?

Anyway, Moz, you have to know some things. There are some who burst into tears during your show from overwhelming emotions od seeing you. Some followed the concert rules well. Some expected you to get back to the stage after your statement “Meat is Murder” not for an encore, but for a nice goodbye. A goodbye that allows a little bit of sadness.

Some have waited for you for years. Some happily queued for hours just to see you. Some put down their gadgets right when they came on stage to truly enjoy every single bit of you—because your presence was far more important than social media updates!

I don’t know how many they were, Moz. But at least, there was one: me. There were definitely 10 more at least—I saw them, around me. Actually, I saw many of them, Moz. They love you and probably felt the same pain last night.

There are some who went vegan because of you, Moz!

I personally can only hope for you to tell me, Moz, why you left. That would be good for me, also for those who probably annoyed you. Would you mind to let us learn from this? You might not be sorry for the things you’ve done or said, but your fans in Indonesia might regret it all their life…

…if last night was our fault.

Moz, I think that’s all. I thank you for wanting to have a concert here in Jakarta. Thank you for your will to live life longer, write poetry, make music… be the voice for everything we can’t find words to say.

I love you, Moz, with all my heart. Whatever happens, I love you…and stay fit because I’m not the only one who loves you. – Rappler.com