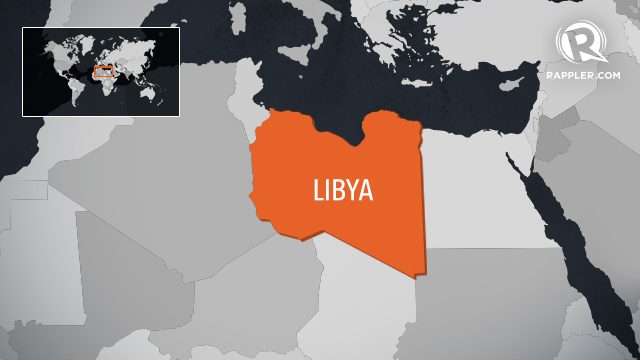 TRIPOLI, Libya – Libya’s UN-backed unity government suffered a blow in its Tripoli base late Friday, October 14, when a rival seized key offices in the capital and proclaimed the reinstatement of the former administration.

The Government of National Accord (GNA) is the centerpiece of Western hopes to stem an upsurge of jihadism in the North African nation and halt people trafficking across the Mediterranean that has led to thousands of drownings.

It was intended to replace two rival administrations, one in Tripoli and one in the eastern Cyrenaica region.

But late on Friday, the head of the former Tripoli-based Government of National Salvation, Khalifa Ghweil, proclaimed its reinstatement from the offices of a key consultative body of the GNA.

Ghweil has never accepted the legitimacy of the UN-backed government which took control of the administration in Tripoli in April.

He is subject to international sanctions, renewed by the European Union just last month.

In his statement, he declared all members of the GNA “suspended from their duties”.

The UN-backed government riposted with a statement threatening to arrest “those politicians who… attempt to create parallel institutions and destabilise the capital.”

It condemned “efforts to sabotage the political agreement” brokered by the UN last December and denounced the seizure of the Council of State building by an “armed group.”

The persistent chaos has hobbled Western efforts to battle a growing jihadist presence in Libya, which has been the launchpad of deadly attacks on holidaymakers in neighboring Tunisia.

The western Tripolitania region had been the GNA’s main stronghold.

The authorities in Cyrenaica still refuse to cede power, bolstered by the backing of the well-armed militia of controversial military strongman Field Marshal Khalifa Haftar.

Libya has two rival parliaments, both elected since the NATO-backed overthrow of longtime dictator Moamer Kadhafi in 2011.

The first, elected in 2012, is dominated by Islamists. It appointed the Tripoli government.

The second, elected in 2014, is not controlled by the Islamists but it is marred by a controversial court decision declaring its election illegal. It appointed the Cyrenaica-based administration.

A majority of its members issued a statement expressing support for the UN-backed government.

Many of them said they had been coerced into not holding a formal vote of endorsement as stipulated under the UN plan.

In a careful balancing act, the UN plan made the 2014 parliament the sole legislative body, but also turned most of the members of the 2012 parliament into a mandatory consultative body, the Council of State, which was stormed on Friday.

The battle for power erupted into armed conflict last month when the Cyrenaica administration’s main backer Haftar seized all 4 of the main eastern oil export ports.

He exploited the absence of fighters loyal to the UN-backed government who were battling IS (or ISIS) in the city of Sirte to the west with air support from the United States. – Rappler.com