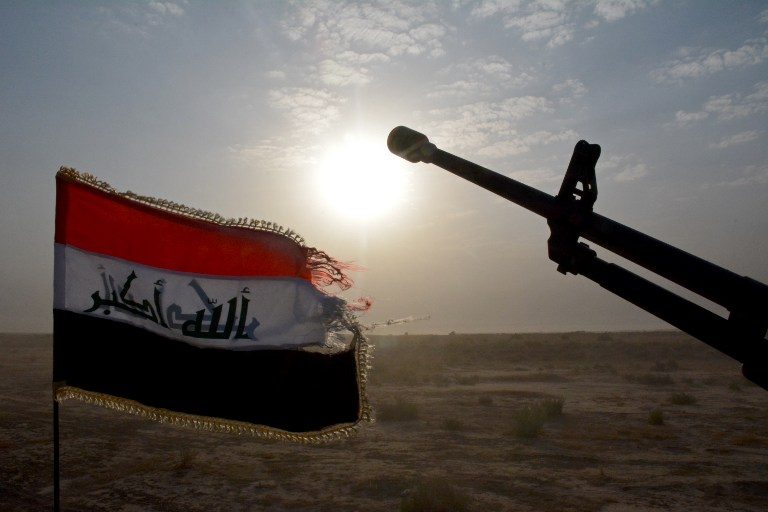 Facebook Twitter Copy URL
Copied
(UPDATED) Those who flee Mosul will likely be able to bring little or nothing with them, meaning basic necessities such as food, water, shelter and clothing will have to be provided

BAGHDAD, Iraq (UPDATED) – The battle to retake the Iraqi city of Mosul from jihadists could unleash a massive humanitarian crisis, potentially pushing hundreds of thousands to flee their homes as winter sets in.

Mosul, the country’s second city, was seized by the Islamic State (ISIS) group in 2014, and is now the last major population center in Iraq still held by the jihadists, who have lost much of the territory they seized two years ago.

The city has a civilian population that numbers in the hundreds of thousands at least, and the only other operation to retake a city that had a significant number of inhabitants – in Fallujah earlier this year – led to widespread displacement and suffering for those who fled.

“We are rushing to help the Iraqis ensure that the bare minimum requirements for a worst-case humanitarian scenario are in place. We’re worried that there is still so much to do and that these are not yet there,” said Lise Grande, the UN’s humanitarian coordinator in Iraq.

“In a worst-case scenario, we’re literally looking at the single largest humanitarian operation in the world in 2016. In Mosul, depending on what happens militarily, a million people could… move in a time span of a couple of weeks.”

If even a sixth of that number of people flee at the same time, it would overwhelm any capacity to help them.

“There’s an informal rule of thumb that any population movement over 150,000 people at once, no institution in the world can deal with it,” Grande said.

The UN said after Baghdad announced the launch of the operation on Monday that an estimated 1.5 million people still live in the Mosul area and that the fighting could displace up to one million.

Those who flee Mosul will likely be able to bring little or nothing with them, meaning basic necessities such as food, water, shelter and clothing will have to be provided.

“Many of them are expected to leave Mosul with only the clothes on their backs,” said Becky Bakr Abdulla of the Norwegian Refugee Council.

Despite the massive scale of the humanitarian operation needed to assist people fleeing Mosul, funding is a major problem: of $367 million requested, significantly less than half has been received so far.

The International Organisation for Migration has announced that it will build “emergency sites” that will provide shelter and basic services for 200,000 people, but said last week that it still needed additional funding.

Iraqi forces will have to fight their way through ISIS-held territory to reach the city, then surround it and launch an assault to retake it.

‘From one hell to another’

Depending on how long that takes, major displacement from the city could come as winter sets in, leaving people with limited shelter in the freezing desert nights.

Mosul civilians will be in grave danger during the fighting, caught in the middle of shelling, air strikes and firefights, and may also be held as human shields by ISIS.

“Worst-case scenario, in the densely populated districts of the city… there could be tens of thousands, maybe even hundreds of thousands of civilians at extreme risk, depending upon what Daesh does,” said Grande, using an Arabic acronym for ISIS.

“If Daesh rings districts with (bombs), if they put snipers at key points, we could see a situation where civilians become human shields,” she said.

Of three Iraqi cities that have been recaptured from ISIS, only Fallujah had a substantial civilian population, and the way that operation unfolded does not bode well for Mosul.

Tens of thousands of people fled the city and surrounding areas in an exodus that appeared to catch the aid community flat-footed, leaving displaced Iraqis in squalid, overcrowded camps.

After people escape Mosul, “hopefully, the humanitarian society will then be able to provide these people with the help they need, so that they don’t step from one hell into another hell,” Abdulla said. – Rappler.com