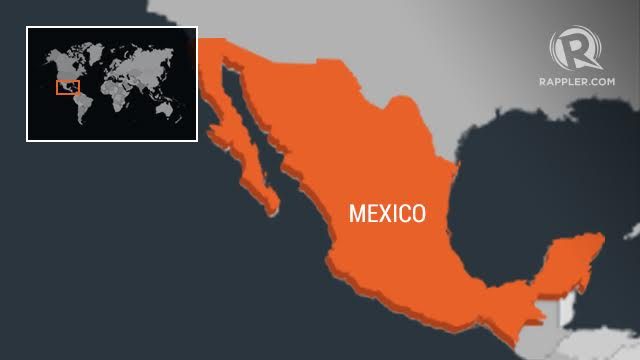 GUADALAJARA, Mexico – Five men and a woman were found alive on Monday, October 17, on a road in western Mexico with their hands amputated and their foreheads marked with the word “I’m a thief.”

The victims were mutilated by a criminal group linked to drug trafficking, which also left a dead man on the road and two bags with the severed hands in Tlaquepaque, near Guadalajara, Mexico’s second biggest city, police said.

“They’re in a delicate state of health,” local police commander Roberto Larios told reporters. “Their stumps were wrapped in plastic.”

Drug cartels often leave the dismembered bodies of victims on roadsides in Mexico, making the discovery of 6 mutilated people alive all the more unusual.

The dead man, 39, was apparently beaten to death and his hands were not cut off. He was married to the woman, who is 44. The other men are aged between 25 and 43.

Authorities suspect that the gruesome crime is linked to drug dealing. Two of the victims have rap sheets.

Witnesses say the victims were driven to the site in two vehicles and abandoned there with a note that said “this happened to us for being thieves.”

The message, signed “anti-thief elite group,” also threatens thieves and those who abuse women or children.

The western state of Jalisco, where Guadalajara is located, has seen horrific acts of violence in recent years linked to the powerful Jalisco New Generation drug cartel. – Rappler.com