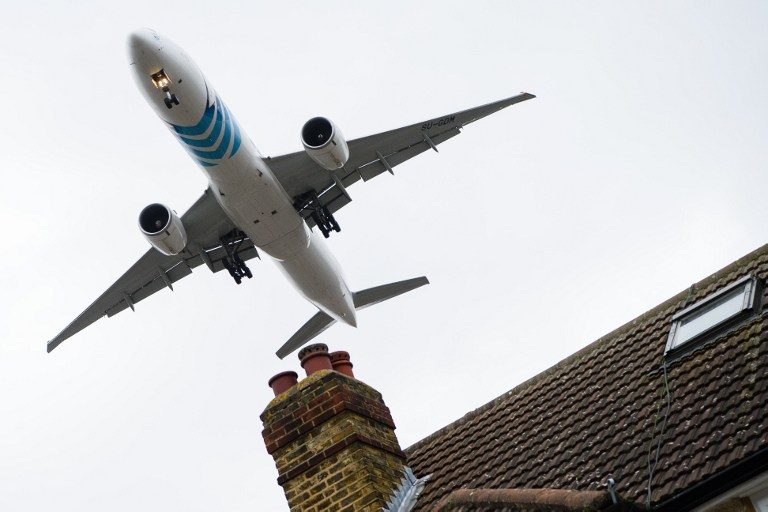 LONDON, United Kingdom (UPDATED) – The British government approved a new third runway at London’s Heathrow airport on Tuesday, October 25, in a long-awaited decision that comes amid deep divisions and follows decades of debate over the issue.

“The government today announced its support for a new runway at Heathrow – the first full length runway in the southeast since the Second World War,” an official statement said after a cabinet meeting.

“A new runway at Heathrow will bring economic benefits to passengers and the wider economy worth up to £61 billion (69 billion euros, $75 billion).”

It said up to 77,000 additional local jobs are expected to be created over the next 14 years, while the airport has committed to create 5,000 new apprenticeships over the same period.

Following Britain’s vote in June to leave the European Union, the government said the decision would show commitment to being “open for business now and in the future and as a hub for tourism and trade”.

But there is strong environmental opposition to the expansion and the approval process could still delay or even block its execution over the coming years.

Ministers rejected a rival bid for a second runway at Gatwick airport south of the capital, which was backed by London Mayor Sadiq Khan.

The decision marks the beginning of a lengthy process before the project can begin in earnest, including a year until the decision can receive full parliamentary approval.

The proposal for a third Heathrow runway was recommended by a government-appointed commission in July 2015 but a decision was put on hold pending further investigation into the environmental impact.

Ministers opposed to the plans will now be granted the rare opportunity to voice their dissenting views, including Johnson, formerly the mayor of London.

Business leaders, many of whom have long campaigned for a third runway, say London’s five existing airports are not keeping up with rising air travel demand, representing a lost money-making opportunity for Britain.

But environmentalists are fiercely opposed to any airport expansion in the British capital, parts of which already routinely breach EU air pollution limits, and now threaten legal action.

“We stand ready, with four Conservative local authorities, including Theresa May’s own council, to bring a judicial review against a green light for a third runway,” said Greenpeace UK executive director John Sauven.

May’s local council of Windsor and Maidenhead, an area to the west of the airport, has protested against Heathrow expansion.

Activists held a protest Tuesday in anticipation of the announcement, blocking a fake runway set up outside parliament.

“People are going to be ready to fight this decision,” said Annie Wright, of Reclaim the Power, one of the groups staging the demonstration.

“If you want to honor your commitment to climate change you cannot build new runways.” – Rappler.com