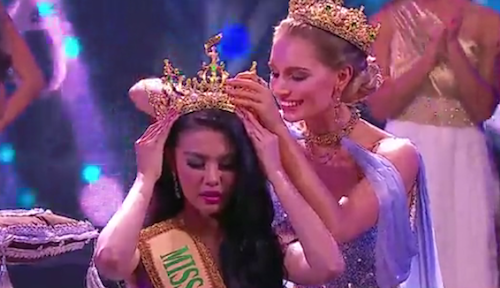 “Indonesia, we did it!,” Pertiwi said in jubilation after being crowned the winner. (IN PHOTOS: Miss Indonesia’s journey to win Miss Grand International 2016)

“I just want to say thank you to all my fans, supporters, family. Thank you very much to you all. You guys are the best,” she said, visibly surprised after the announcement. 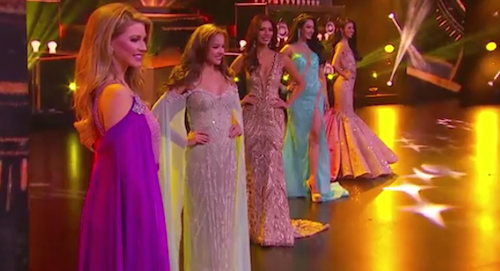 When asked if she was ready to travel the world, Pertiwi said, “I’m ready to walk together with Miss International organization to stop war and violence.”

For the final question of the pageant, the contestants were asked who they would choose – Donald Trump or Hillary Clinton – to partner with to end war and violence.

Pertiwi said she would ask Clinton, calling her “wise.” She said she was confident that they could stop war and violence if they worked together.

Miss Philippines Nicole Cordoves was the favorite of the audience with the crowd cheering her loudly throughout the pageant, but when she said she would choose Trump, some of the audience erupted in boos. Cordova explained she would choose Trump because if she were able to convince him to be on her side, she said there would no longer be war or violence.