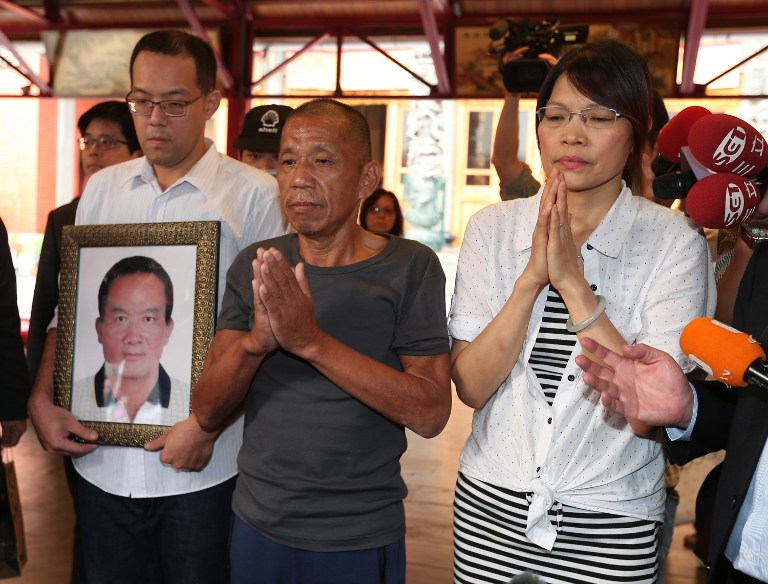 TAIPEI, Taiwan – Hostages were forced to eat mice, scorpions, and centipedes to survive during the nearly 5 years they were held by Somali pirates, according to a Taiwanese seafarer who arrived home Wednesday, October 26.

Shen Jui-chang, among 26 hostages freed from the crew of Naham 3 seized south of the Seychelles in March 2012, added he had constantly had a gun pointed at his head during his ordeal.

Shen, the chief engineer on the fishing boat, was reunited with his wife and daughter on Tuesday, October 25, in Guangzhou, southern China, after a long flight from Kenya with Chinese crew members after they were freed Sunday, October 23.

An emotional Shen arrived at Taipei’s main airport on Wednesday afternoon and said he was in “very poor physical health.”

“Every day was nerve-wracking, with the pirates pointing their AK-47 rifles at me 24 hours a day,” the frail-looking sailor told reporters.

Shen had earlier told reporters the hostages were given little to eat during their 4-and-a-half years in captivity and were sometimes denied water.

Shen and the other men often caught and ate mice, scorpions, and centipedes, according to Taiwanese media reports.

The crew, which also included seafarers from Indonesia, the Philippines, Vietnam, and Cambodia, were taken hostage at the peak of Somali piracy.

Only one other crew of fishermen spent longer in the hands of Somali pirates.

Three hostages died during the hijacking, including the Taiwanese captain who Shen said was shot when he attacked the pirates with a chair.

Taiwan’s government has been criticized for not doing enough to secure the hostages’ release, but the foreign ministry said Tuesday that efforts by the countries involved in the negotiations should be recognized. – Rappler.com