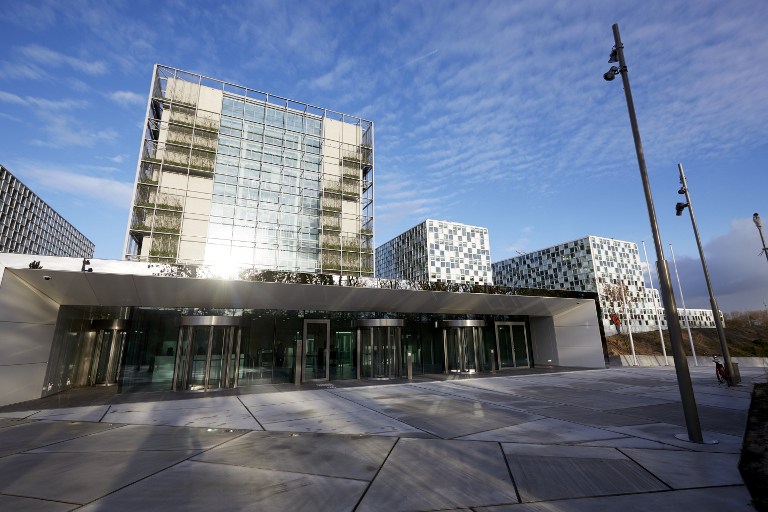 DAKAR, Senegal (UPDATED) – The Gambia has become the latest African nation to announce its withdrawal from the International Criminal Court, accusing the war crimes tribunal of “persecuting” Africans.

The shock move announced late Tuesday, October 25, was condemned by rights groups as a “drastic blow” for victims of serious crimes across the world.

Banjul’s decision follows similar action by South Africa and Burundi this month that have shaken the only permanent international war crimes court.

Gambian Information Minister Sheriff Bojang charged that the ICC had been used “for the persecution of Africans and especially their leaders” while ignoring crimes committed by the West.

“Not a single Western war criminal has been indicted,” he said on state television, naming former British prime minister Tony Blair as one who should have faced prosecution in the court.

“The ICC, despite being called International Criminal Court, is in fact an International Caucasian Court for the persecution and humiliation of people of color, especially Africans,” he said.

The Hague-based court, set up in 2002, is often accused of bias against Africa and has also struggled with a lack of cooperation, including from the United States, which has signed the court’s treaty but never ratified it.

Banjul’s announcement will be a personal blow to the tribunal’s chief prosecutor Fatou Bensouda, a Gambian lawyer and former justice minister.

Human Rights Watch said The Gambia’s withdrawal “is perhaps not surprising,” accusing its government of having a “long track record of abuse, including torturing and forcibly disappearing political opponents and journalists.”

“But the move risks being a real loss for victims. Withdrawal from the ICC would block a crucial path to justice when national courts fail to act,” said Babatunde Olugboji, HRW’s deputy program director.

Amnesty International also warned the move would deal a “drastic blow” to victims all over the world.

“Rather than joining this drastic march away from justice, other African states should follow the lead of Botswana and many concerned African member states which have encouraged countries to work constructively with the Court to resolve any legitimate issues,” it said in a statement.

The Gambian minister’s critique of the ICC runs counter to comments in May by President Yahya Jammeh, who has ruled the poor West African country since taking power in a 1994 coup.

“From what I hear, the ICC is not especially targeting Africa,” he told Jeune Afrique magazine.

“Let those who want to leave the ICC go, but if African countries were less weak and more united, we could have more clout inside the court.”

The Gambia has been trying without success to use the court to punish the European Union for the deaths of thousands of African migrants trying to reach its shores.

The announcement comes just weeks before a December 1 presidential election in which the opposition is to field a single candidate against Jammeh, who is seeking a 5th term.

South Africa’s bombshell announcement on Friday, October 21, followed a dispute last year when Sudanese President Omar al-Bashir visited the country despite being the subject of an ICC arrest warrant for  alleged war crimes including genocide.

The ICC has appealed to both South Africa and Burundi to reconsider.

“I urge them to work together with other States in the fight against impunity, which often causes massive violations of human rights,” Sidiki Kaba, president of the assembly of state parties to the ICC’s founding treaty, said in a statement Monday, October 24.

Kaba had said he was concerned that South Africa and Burundi’s decisions would pave the way for other African states to leave the court, a possibility also raised by Kenya and Namibia.