Oct 26, 2016 9:31 PM PHT
Agence France-Presse
Facebook Twitter Copy URL
Copied
(UPDATED) The find adds to the grim evidence of the hazards of crossing the Mediterranean – a journey that the UN said Wednesday has claimed more than 3,800 lives so far this year, a record 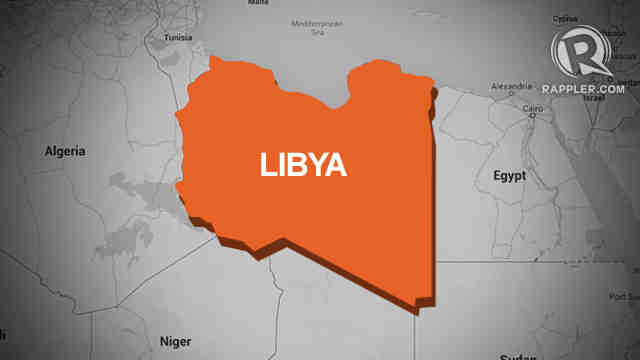 ROME, Italy (UPDATED) – The French aid group Doctors without Borders (MSF) said Wednesday, October 26, it had found a pile of 25 migrants who died in apocalyptic conditions, perishing in a pool of fuel and seawater aboard a crowded dinghy off Libya.

The find adds to the grim evidence of the hazards of crossing the Mediterranean – a journey that the UN said Wednesday has claimed more than 3,800 lives so far this year, a record.

MSF said its chartered rescue ship, the Bourbon Argos, picked up 107 people aboard the inflatable boat 26 nautical miles off Libya on Tuesday.

Its crew initially counted 11 corpses on the dinghy’s floor, which was flooded with a murky mixture of fuel and seawater.

The Bourbon Argos was then called away to another rescue operation nearby, saving 139 people aboard another vessel.

The crew returned to the dinghy and found on closer examination that 25 people had died, probably from suffocation, skin burns or drowning.

The bodies were retrieved from the toxic mixture over a period of hours, with the help of a team from the German NGO Sea-Watch.

“The mixture of water and fuel was so foul that we could not stay on the boat for long periods. It was horrible,” MSF project leader Michele Telaro said in a statement.

‘Rush to the cemetery’

Twenty-three survivors suffered burns from exposure to fuel, 11 of whom were seriously hurt. Seven survivors were taken to hospital, two of them by helicopter.

In one particularly horrific case, a man was left clutching his eight-month-old baby after his wife died.

“It’s a tragedy, but sadly one cannot say that this was an exceptional day in the Mediterranean,” said Stefano Argenziano, in charge of MSF’s migrant assistance activities.

“Last week was terrible for our teams. They were engaged around the clock in rescue operations in which too many men, women and children lost their lives.”

To venture out to sea in such conditions, said Argenziano bluntly, “is a headlong rush to the cemetery.”

In Geneva, the UN’s refugee agency on Wednesday said fatalities on the Mediterranean migrant route had set a new, tragic record.

“We can confirm that at least 3,800 people have been reported dead or missing in the Mediterranean Sea so far this year, making the death toll in 2016 the highest ever recorded,” spokesman William Spindler told AFP in an email, as the figures passed last year’s mark of 3,771.

In Rome, Pope Francis pleaded on behalf of migrants and foreigners seeking a better life or safe haven abroad.

“Today, the context of economic crises unfortunately fosters the emergence of attitudes that are closed and unwelcoming,” he said in his Wednesday address in St. Peter’s Square.

“In some parts of the world, walls and barricades are being erected. Closure (of borders) is not a solution, it ends up by encouraging trafficking. The only path towards a solution is that of solidarity.” – Rappler.com