Oct 27, 2016 1:13 PM PHT
Agence France-Presse
Facebook Twitter Copy URL
Copied
(UPDATED) 'Dreamworld would like to assure the public and park guests that at the time of the incident the park was fully compliant with all required safety certifications' 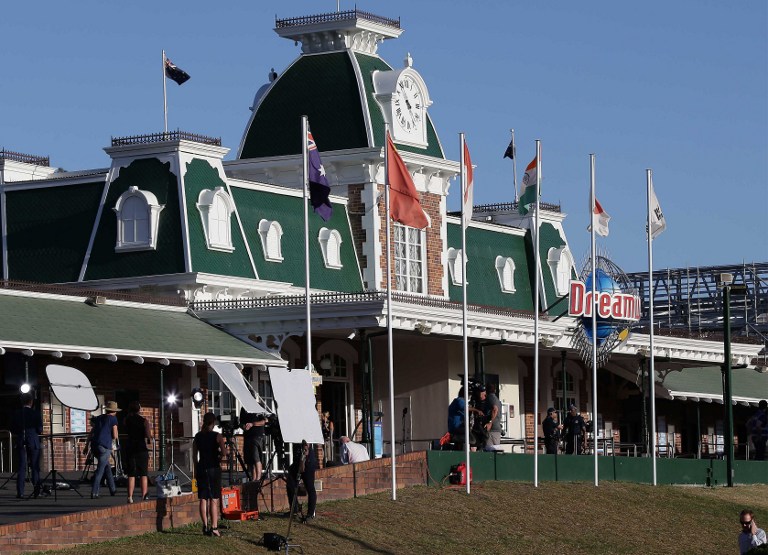 SYDNEY, Australia (UPDATED) – An Australian theme park defended its safety standards on Thursday, October 27, following the deaths of 4 people on a malfunctioning ride, while admitting it had not been in touch with grieving relatives of those killed.

Two women and two men died when rafts on the Thunder River Rapids ride at the hugely popular Dreamworld tourist attraction on the Gold Coast collided Tuesday, tipping one backwards and crushing or drowning those on board.

A boy and a girl, aged 10 and 12, on the six-person raft miraculously survived the tragedy.

The Australian Workers Union said it had voiced concerns about the operation and maintenance of some equipment at Dreamworld last year, while media reports claimed to have uncovered safety mishaps.

The Sydney Morning Herald alleged the rapids ride had malfunctioned twice in three days recently, while The Australian reported mechanical problems just hours before the accident.

Dreamworld said in a statement that safety was its priority, with the Thunder River Rapids ride passing an annual mechanical and structural test on September 29.

“Dreamworld would like to assure the public and park guests that at the time of the incident the park was fully compliant with all required safety certifications,” it said.

“All our procedures and systems are constantly benchmarked against international best practice and ride manufacturer specifications.

“Our rides and slides are checked and tested by our experienced team before the park opens every day. If it’s not tested, it doesn’t open.”

It added that the park, Australia’s biggest, had hosted 30 million people since opening in 1981 and had never seen a death until this week.

Police are conducting an investigation and have said that if there was any criminal negligence, charges would be brought.

Dreamworld’s parent company Ardent Leisure held its annual general meeting in Sydney with chief executive Deborah Thomas forced to defend herself after admitting she had yet to speak with the relatives of those killed, saying “we didn’t know how to contact them”.

A journalist told Thomas the mother of two of the victims was watching her live news conference and had sent the reporter a text message saying she was furious no-one from Ardent had been in touch.

Thomas replied: “I am very happy to call her very soon after this meeting.

“And on behalf of the staff and management at Ardent and Dreamworld, that our hearts and our thoughts and prayers are with you and your family at this difficult time,” she added.

The Ardent chief announced late Thursday she would donate a cash bonus of Aus$167,500 (US$128,000) that she was awarded at the annual meeting to the Red Cross, which is supporting people affected by the tragedy.

That payment is separate to a more than Aus$800,000 bonus that Thomas is also due to receive over the next four years, pending her performance.

The park, which has been closed since the incident, was scheduled to reopen for a memorial day on Friday but this was later cancelled on the advice of police who are still conducting their investigation. – Rappler.com