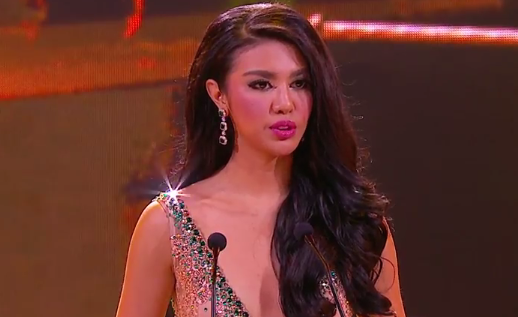 For the final question of the pageant, the contestants were asked who they would choose – Donald Trump or Hillary Clinton – to partner with to end war and violence.

Watch her winning answer below: