Oct 28, 2016 6:55 PM PHT
Agence France-Presse
Facebook Twitter Copy URL
Copied
Italy's civil protection agency offers financial support to those whose houses were damaged, letting them relocate on their own, take a room in designated residences nearby, or move to hotels on the coast some 80 kilometers away 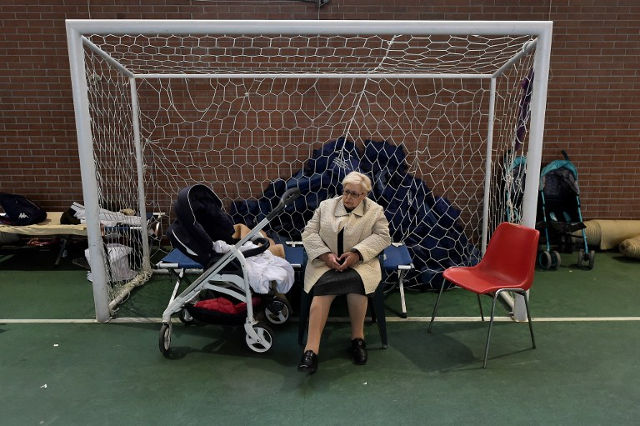 USSITA, Italy – There was no relief for residents in Italy’s quake-center on Friday, October 28, where survivors with their nerves frayed by hundreds of aftershocks were packing up their few belongings and moving to the Adriatic coast.

Following two powerful 6.1 and 5.5 magnitude quakes on Wednesday which left almost 5,000 people homeless, Italy’s national geophysics institute (INGV) has recorded almost 700 tremors, with experts saying they could go on for weeks or months.

Italy’s civil protection agency has offered financial support to those whose houses were damaged, allowing them to relocate on their own, take a room in designated residences nearby, or move to hotels on the coast some 80 kilometers (50 miles) away.

Many “have chosen the latter, using their own vehicles or buses made available to them by civil protection,” the agency said.

In the town of Ussita, one of the areas most affected by the quakes, some 260 people took refuge in the local campsite, moving into the small wooden bungalows on site. (READ: Italy quake was new shock, typical of region – experts)

Lara Manzoni, who works at a frozen pizza company the premises of which were damaged in the quake, has come to help out at the campsite bar instead.

“I sent my children to my mother in Bergamo (in northern Italy) to keep them safe, but I could not see myself leaving all these people in trouble,” she said.

Some in the area had invested in motor-homes following the deadly August 24 quake so they would have somewhere mobile to live if fresh tremours hit, she said.

Italian Prime Minister Matteo Renzi visited the area on Thursday, promising those affected that “Italy does not abandon its citizens”.

“The earthquake has tested us, but we are stronger,” he said, unlocking 40 million euros ($44 million) for the emergency and ruling out survivors spending the winter in tent camps. – Rappler.com