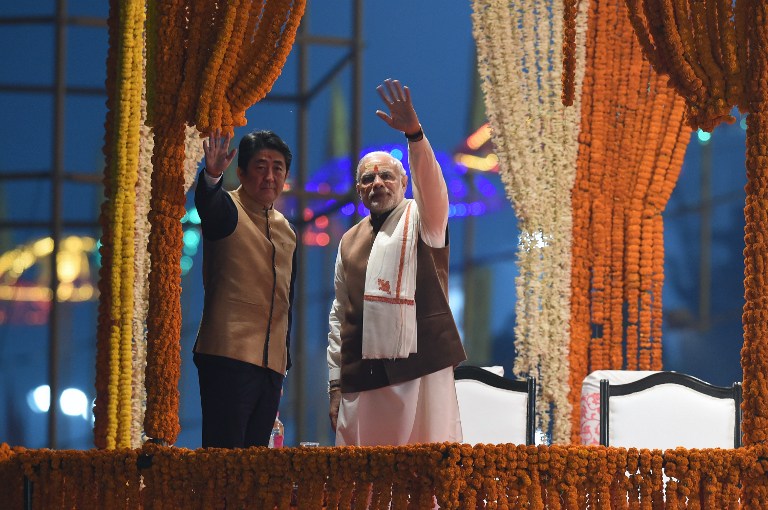 Modi will have an audience with Emperor Akihito and hold talks with his Japanese counterpart Shinzo Abe during the two-day visit starting on November 11, the foreign ministry said.

The two men, both right-wing nationalists and economic reformers, have forged an unusually close relationship since the Indian leader came to power in 2014.

In a statement India’s foreign ministry said the meeting would be “an occasion for the two leaders to have in-depth exchanges on bilateral, regional and global issues of mutual interest”, without giving details.

Media reports said they may sign a civil nuclear cooperation pact after failing to do so at their last meeting, citing outstanding technical and legal differences.

The long-mooted agreement is expected to allow Japan to export its nuclear plant technologies to the subcontinent.

Japan has in the past shunned civil nuclear cooperation with India, which has not ratified the international Non-Proliferation Treaty, but appears to have softened its stance.

Closer defense and security ties, including joint maritime exercises, are also likely to be on the agenda.

China is expanding its deep-water naval presence and has staked claims to disputed areas of the East and South China Sea and Indian Ocean region, parts of which Japan also claims.

India has a longstanding territorial dispute with China, and troops from the two countries engaged in a major stand-off at the border in 2014.

Tokyo has its own spat with Beijing over islands in the East China Sea, and is increasingly vocal over its ambitions to control almost the whole of the South China Sea.

Modi visited Japan in August 2014 on his first bilateral trip outside South Asia months after coming to power.