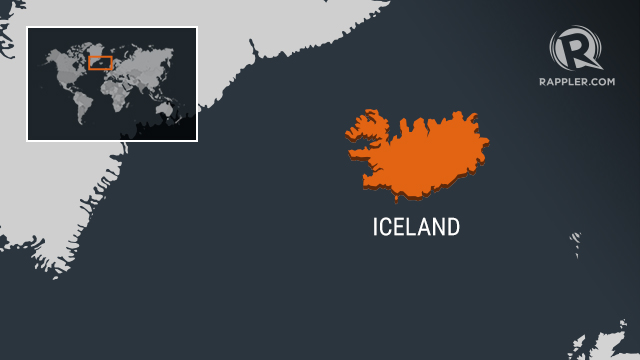 REYKJAVIK, Iceland (UPDATED) – Icelanders voted on Saturday, October 29, in a snap election that could see the anti-establishment Pirate Party form the next government in the wake of the Panama Papers tax-dodging scandal and lingering anger over the 2008 financial meltdown.

Although the current government of the conservative Independence Party and the centrist Progressive Party survived the scandal, it promised a snap election six months before the end of its term in spring 2017.

Prime Minister Sigurdur Ingi Johannsson, who is also the chairman of the Progressive Party, was one of the fist people to vote when the polling station opened in the small Icelandic village of Fludir.

“I’m optimistic. We have found for the last days that a lot of people are coming to us,” Johannsson told AFP.

But three separate polls released a day before the vote showed that the Pirate Party, founded in 2012 by activists, anarchists and former hackers, could win up to 21% of the vote and the Left-Green movement up to 16.8%.

Each of the polls, conducted by the University of Iceland, research company MMR and Gallup, indicate the incumbent conservative coalition government would most likely be voted out.

Final election results will be released shortly after polling stations close, but because no party is expected to win a majority, Iceland’s fate will only be known after coalition negotiations.

The latest wave of a global movement against establishment politics, seen in the US with onetime presidential candidate Bernie Sanders, the Five Star Movement in Italy, and the upstart Podemos party in Spain, the Pirate Party could become the parliament’s second largest group.

“I’m looking for some changes. The system… is not all bad,” said Helgi Mar Gunnarsson, a 54-year-old designer, adding that decision-making should be more transparent.

The people of Iceland should be “more involved”, he told AFP.

The Pirates, who campaign for transparency and the fight against corruption, could form the nation’s second centre-left government since Iceland’s independence from Denmark in 1944. The Social Democrats and Greens ruled in a coalition between 2009-2013.

The Pirate Party reached a pre-election agreement with three other leftist and centrist opposition parties, including the Left-Greens, the Social Democrats and the Bright Future Movement, to form a coalition government.

“We think that these parties can cooperate very well … I think it will be a very feasible governmental choice,” Katrin Jakobsdottir, leader of the Left-Green movement told AFP.

Iceland, a volcanic island with a population of 332,000, has returned to prosperity since its 2008 financial meltdown.

Gross domestic product (GDP) growth is expected to be above 4% this year thanks to tourism revenues and a recovering financial system.

The crisis eight years ago saw Iceland’s three biggest banks and its oversized financial sector collapse, while the country was forced to seek a bailout from the International Monetary Fund.

A string of bankers were jailed, the failed banks were temporarily nationalised and then sold, and foreign investors had to accept write-downs on their debt holdings.

Olafur Hardarson, professor of political science at the University of Iceland, attributed the Pirates’ rise in popularity to voters’ anger at the 2008 meltdown.

“They have managed to focus on the anti-politics and anti-establishment feelings of a lot of voters (who) have been frustrated in Iceland since the bank crash,” Hardarson told AFP.

But several months ago, the Pirates had almost twice the support the latest polls have shown, according to Icelandic newspaper Morgundbladid.

The fall in popularity may have been caused by internal disputes within the party, the paper added.

“The Pirates are in fact a rather loose alliance of people who are mainly united in their opposition to traditional politics and the system,” the newspaper said.

Still, Einar Hannesson, 42, said he would be voting for the Pirates because they offered change.

“I want change. I don’t like everything that the Pirates are proposing, but if we want change, it’s the best party,” he said. – Rappler.com