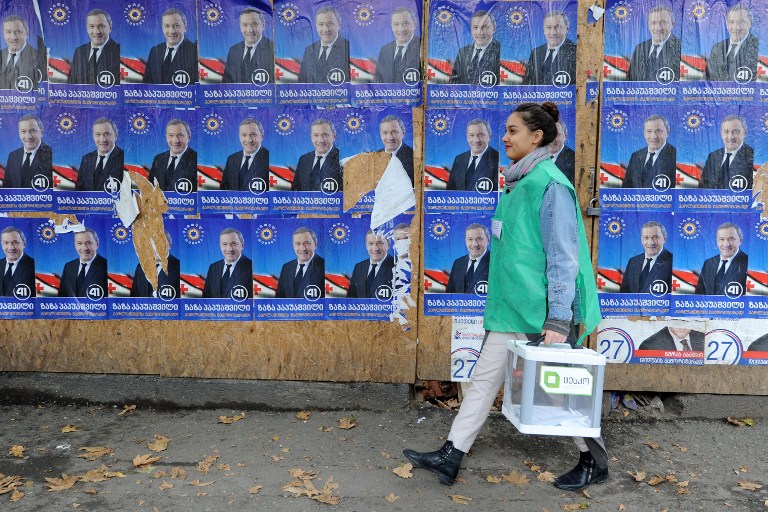 “Georgian Dream won in all but two of 50 single-mandate constituencies” where a second round was held on Sunday, Central Election Commission spokeswoman Ketevan Dangadze told Agence France-Presse.

“Independent candidates have won in two constituencies,” she added.

In the first round, which was held on October 8, Georgian Dream won 48.68% of the vote in a proportional ballot, while the opposition United National Movement (UNM) came second with 27.11%.

For the first time in Georgia’s post-Soviet history, the first round also saw a small anti-Western party, the Alliance of Patriots, clearing the five-percent threshold needed to enter parliament.

According to the results, Georgian Dream will take 115 seats, UNM 27 seats, and Alliance of Patriots six seats in the 150-seat legislature.

After both the first round ballot and Sunday’s runoffs, opposition parties cried foul, accusing the government of massive vote rigging – a claim flatly rejected by the authorities.

“Georgians were denied their right to make free electoral choice,” one of the UNM leaders, Giorgi Baramidze, told Agence France-Presse after polls closed on Sunday, October 30.

“The scale of electoral violations, pressure on voters and opposition activists, vote buying, is appalling.”

But the Central Election Commission said “elections were held in a calm atmosphere and voters were able to express their will freely.”

The International Society for Fair Elections and Democracy, a local watchdog which deployed about 700 observers at polling stations, said it had registered isolated procedural violations such as multiple voting.

Georgia’s Western allies are watching closely to see if the strategic nation – praised as a rare example of democracy in the former Soviet region – can cement gains after its first transfer of power at the ballot box four years ago. – Rappler.com