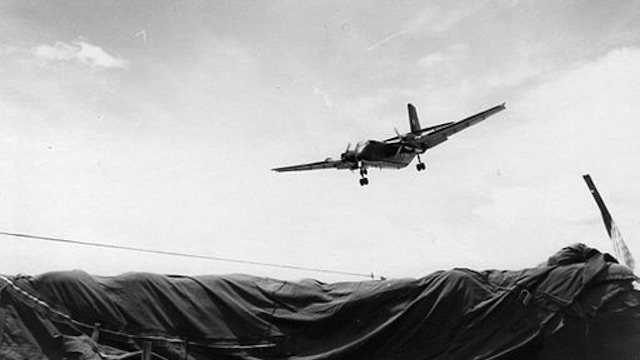 The Caribou plane lost contact with air traffic control during what was supposed to be a flight of around half an hour in remote Papua province, the transport ministry said.

The ministry said in a statement the aircraft, operated by logistics and transport company Alfa Trans and owned by local authorities, set off from the city of Timika at 7:57 am (2257 GMT Sunday) and was headed to Ilaga, a farming community nestled amid mountains.

The plane contacted air traffic control in Ilaga at 8:23 am saying that it was due to land in a few minutes but never arrived. Officials say the aircraft sent an emergency signal from an area between two mountain passes.

He did not give details about weather in the area at the time. Local media reported the plane’s cargo included construction materials.

A search has been launched for the missing aircraft, according to the ministry. All the crew members were Indonesians.

The plane is part of the Caribou DHC-4 family of cargo aircraft, which only need a small space for takeoff and landing and are used in rugged terrain.

Indonesia has a poor aviation safety record and has suffered a string of major air disasters in recent years.

Papua is a problematic place to fly due to its mountainous terrain and frequent poor weather.

A passenger plane operated by Indonesian carrier Trigana crashed in the region in bad weather in August last year, killing all 54 passengers and crew aboard. – Rappler.com