Nov 2, 2016 12:37 AM PHT
Agence France-Presse
Facebook Twitter Copy URL
Copied
The New York Times says Donald Trump was scrambling to stave off financial ruin in the 1990s and worked to avoid reporting hundreds of millions of dollars in taxable income 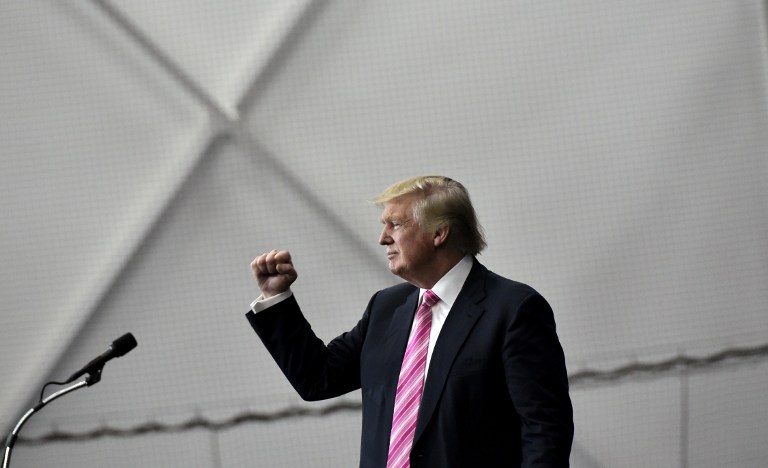 WASHINGTON DC, USA – Donald Trump used tactics to avoid paying taxes that were so “legally dubious” that his own lawyers advised him the government would deem them improper, the New York Times reported Tuesday, November 1.

Citing newly obtained documents, the Times said the Republican presidential candidate was scrambling to stave off financial ruin in the 1990s and worked to avoid reporting hundreds of millions of dollars in taxable income.

The report said Congress later outlawed one of the tactics Trump used that potentially allowed him to avoid paying tens of millions of dollars in personal income taxes.

The report came just one week before the presidential election, amid a campaign fraught with bombshells that have hit both Trump’s campaign and that of his Democratic rival Hillary Clinton.

The newspaper had tax experts review the new documents, including correspondence with Trump’s tax lawyers, but said it is impossible to tell the extent of the benefits or taxes avoided since the real estate mogul refuses to release his tax returns.

Trump repeatedly has boasted that he used every means available to pay the least amount of taxes, and doing so makes him a savvy business executive.

The tax experts said Trump took the tax benefits from losing other people’s money, that of investors in his ill-fated Atlantic City casino empire.

While much of the debt he incurred to build those casinos was forgiven, it would still have counted as taxable income under Internal Revenue Service policy. He reported a staggering loss of $916 million on his 1995 tax return, according to documents obtained by the newspaper.

“Mr. Trump does not think that taxpayers should file returns that resolve all doubt in favor of the IRS. And any tax experts that you have consulted are engaged in pure speculation. There is no news here,” Hicks said in a statement cited in the report. – Rappler.com