Nov 2, 2016 7:20 AM PHT
Agence France-Presse
Facebook Twitter Copy URL
Copied
The minors have been awaiting news of their transfer to Britain or alternative housing in France, with their fate a source of enduring tension between London and Paris 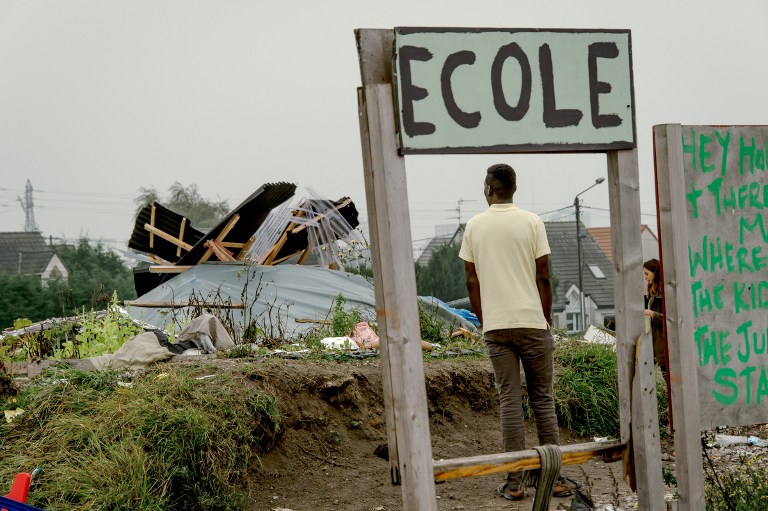 CALAIS, France – Around 1,500 unaccompanied minors living near the demolished “Jungle” migrant camp in Calais will be moved to reception centers around France starting on Wednesday, November 2, authorities said.

Workers razed the last of the makeshift shelters at the notorious shantytown on Monday, October 31, but the youths have been housed in specially outfitted shipping containers.

“Tomorrow the minors staying at the temporary welcome centre (in Calais) will be taken by bus to centers for minors around France,” local authorities wrote in a document distributed to the youths on Tuesday, November 1.

A source close to the situation confirmed the information.

But on Tuesday evening, authorities also revealed that fighting had erupted involving around 100 of the teenagers and the security forces had to step in to stop it.

“A brawl broke out in the southern part of the camp in Calais between more than a hundred migrant minors from Eritrea and Afghanistan,” local authorities said.

“Security forces intervened immediately to separate the two groups,”  they said, adding that the security has now been beefed up at the temporary containers where the young people are currently being housed.

The fighting took place near the small church in the southern zone of the Jungle, which like two small mosques, has not yet been demolished, an Agence France-Presse correspondent at the scene reported.

The dismantlement of the camp that once housed up to 10,000 migrants, most of whom have been relocated around France, was completed on Monday night but the government must still resolve the situation of the unaccompanied minors.

The minors have been awaiting news of their transfer to Britain or alternative housing in France, with their fate a source of enduring tension between London and Paris.

France has called on Britain, the intended final destination for most Jungle migrants, to do more. Since mid-October, Britain has taken in over 270 children and has promised to take in hundreds more.

French President Francois Hollande last week pledged that the youngsters would be dispersed around the country, with the hope that they would eventually be taken in by Britain. – Rappler.com