2 US soldiers killed during operation in Afghanistan’s Kunduz

Nov 3, 2016 5:44 PM PHT
Agence France-Presse
Facebook Twitter Copy URL
Copied
The soldiers came under fire as they were assisting Afghan troops to clear a Taliban position and disrupt the group's operations in Kunduz, US forces say in a brief statement 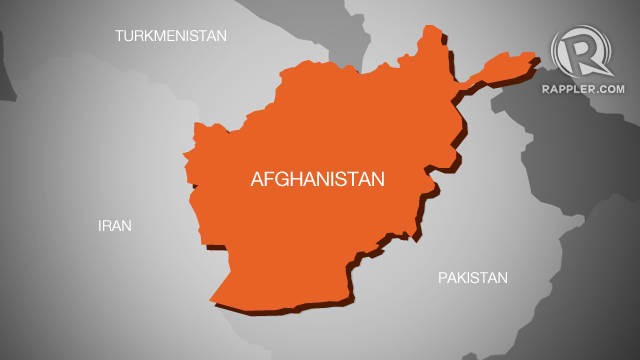 KABUL, Afghanistan – Two American soldiers were killed and two others wounded on Thursday, November 3, during operations in the Taliban hotbed of Kunduz in northern Afghanistan, officials said, in the latest US casualties as the conflict escalates.

No group has so far claimed responsibility for the killings, which highlight growing insecurity after the Taliban sought to overrun Kunduz city for the second time last month.

The soldiers came under fire as they were assisting Afghan troops to clear a Taliban position and disrupt the group’s operations in Kunduz, US forces said in a brief statement.

“On behalf of all of US Forces – Afghanistan, today’s loss is heartbreaking and we offer our deepest condolences to the families and friends of our service members who lost their lives today,” said John Nicholson, the top US and NATO commander in Afghanistan.

“Despite today’s tragic event, we are steadfast in our commitment to help our Afghan partners defend their nation.”

The killings come just days before the US presidential election.

During 3 lengthy debates between presidential candidates Hillary Clinton and Donald Trump, Afghanistan got scarcely a passing mention – even though the situation there will be an urgent matter for the new president.

Either one of them will inherit America’s longest war with no end in sight.

The US military, which leads a NATO mission to train and assist the Afghans after their combat mission ended in 2014, often gives upbeat assessments about Afghan military performance.

But as Afghan military forces near the end of a second year leading security operations without full NATO assistance, they are being killed in horrific numbers.

Afghan police and army units in 2015 succeeded NATO in providing security for Afghanistan. That year an estimated 5,000 were killed and another 15,000 wounded.

The death toll this year is much worse already, with 5,523 Afghan police and troops killed in the period from January 1 to August 19, according to the US watchdog SIGAR — and the “fighting season” is far from over.

For perspective: Since the US-led invasion in October 2001, less than 2,000 American troops have been killed in combat in Afghanistan.

The Taliban’s 2016 strategic goal is to seize another provincial capital like they briefly did in Kunduz last year, in a stinging blow to Afghan forces.

They have launched multiple assaults in recent months including in Kunduz, Lashkar Gar in poppy-growing Helmand province and Tarinkot, the capital of Uruzgan province.

Thursday’s killings mark the latest in a series of attacks on NATO troops in Afghanistan this year.

Two Americans including a civilian were killed when a gunman opened fire near a NATO base in Kabul last month, the military coalition said, with Afghan officials calling it an “insider attack”.

So called “green-on-blue” attacks – when Afghan soldiers or police turn their guns on international troops – have bred fierce mistrust between local and foreign forces even as the rate of such incidents has dropped in recent years. – Rappler.com