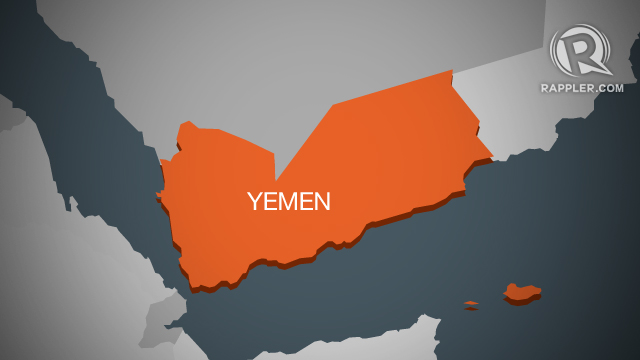 ADEN, Yemen – Thousands of Yemenis protested on Thursday, November 3, against a UN plan to end a 19-month conflict between rebels and the government, which the president rejected as “not a map for peace.”

Protesters in Aden rallied against the plan following a call by authorities in the southern city, which is serving as a temporary capital as Sanaa remains controlled by the rebels, witnesses said.

“We reject the plan of (UN special envoy Ismail) Ould Cheikh (Ahmed),” read one of the banners carried by demonstrators.

“No to an initiative that legitimizes the coup,” said another.

President Abedrabbo Mansour Hadi rejected on Saturday the envoy’s roadmap, saying it “only opens a door towards more suffering and war”.

Hadi enjoys the backing of a Saudi-led Arab coalition that launched a military campaign in March 2015 after the rebels closed in on his refuge in Aden, forcing him to flee to Riyadh.

The contents of the roadmap, which the envoy presented to the rebels on Tuesday, have not been made public.

But informed sources say it calls for agreement on naming a new vice president after the rebels withdraw from Sanaa and other cities and hand over heavy weapons to a third party.

Hundreds of people rallied Thursday in Marib, east of Sanaa, and in the southeastern province of Hadramawt, witnesses said.

Hadi said the new plan was an “explicit departure” from the UN Security Council’s resolution 2216, which calls on rebels to withdraw from territory they have captured since 2014.

Iran-backed Huthi rebels said Sunday that a new UN peace plan was a “basis for discussion” despite containing “fundamental flaws”.

The conflict has killed nearly 7,000 people since the coalition launched military operations in Yemen in March 2015, according to the United Nations.  – Rappler.com