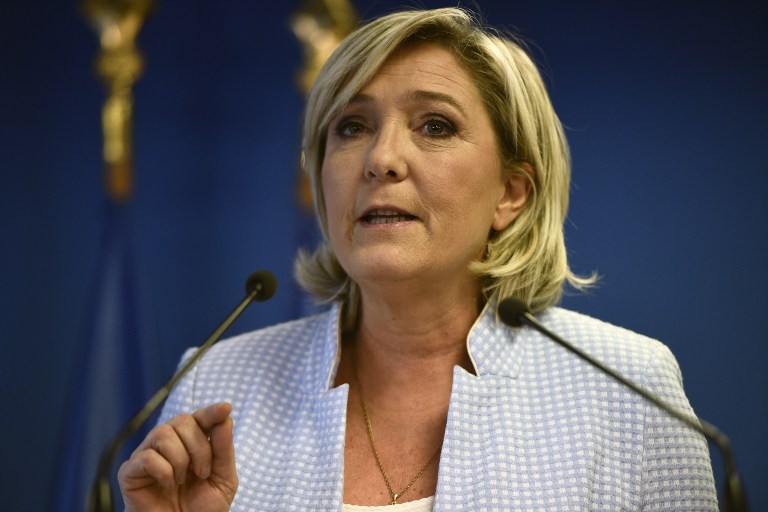 Le Pen described the Republican’s win as a “victory of the people against the elite” and said she hoped a similar outcome could be achieved in French presidential elections in May.

“Clearly, Donald Trump’s victory is an additional stone in the building of a new world, destined to replace the old one,” she told the BBC’s flagship Sunday politics programme, the Andrew Marr Show.

Trump “made possible what had previously been presented as impossible,” she said, predicting that the “global revolution” that resulted in his election, as well as in the vote for Brexit, will also see her elected as president.

Hailing the rise of “patriotic movements” in Europe, Le Pen drew parallels between the US vote, Britain’s June 23 decision to leave the European Union, and France’s rejection of the European constitution in 2005.

“All the elections are essentially referendums against the unfettered globalization that has been imposed on us… and which today has clearly shown its limits,” she claimed.

She said the French election would throw up the choice between a “multi-cultural society… where fundamental Islam is progressing” and an “independent nation, with people able to control their own destiny”.

The interview sparked a backlash on social media as it fell on Remembrance Sunday, marking the contribution of British and Commonwealth forces during the two World Wars.

“Some people are offended and upset that I have been to interview Marine Le Pen and that we’re showing this interview on Remembrance Sunday,” said Marr, defending the decision to run the piece.

“I understand that but… Le Pen could, under some circumstances, become the next French president… I don’t think that the best way to honor the fallen is to fail to report on the next big challenge to western security.” – Rappler.com