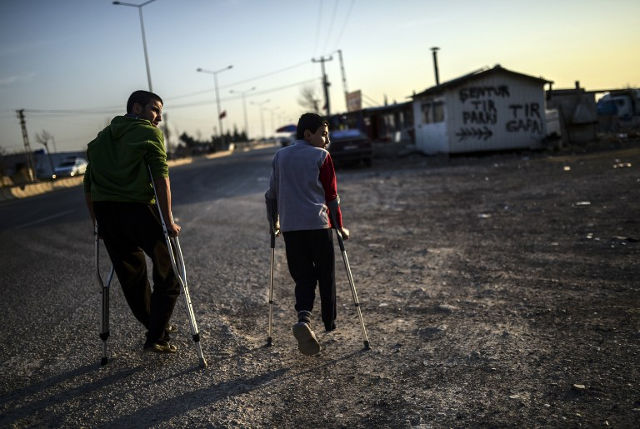 ISTANBUL, Turkey – Turkey on Monday, November 14, closed a border crossing with Syria in the southeastern province of Kilis after violent clashes in the Syrian town of Azaz, a local official said.

“The border gate remains open only for ambulances,” the official told the Agence France-Presse on condition of anonymity.

Turkish media reported that the closure of the Oncupinar border crossing, which faces Bab al-Salama inside Syria, was a “temporary” security measure after clashes on Syrian soil.

The town of Azaz, not far from the border, is one of many Syrian villages and towns taken by Ankara-backed Syrian opposition fighters since an offensive supported by Turkey began on August 24.

Kilis governor Ismail Catakli said the border was closed to humanitarian aid and trade traffic “due to developments on the other side of the border”, the private Dogan news agency reported.

It was unclear when the border crossing would reopen.

Turkey has embarked on an ambitious operation inside Syria dubbed “Euphrates Shield” to support Syrian opposition fighters in a bid to cleanse its border of Islamic State fighters and stop the advance of Syrian Kurdish militia.

The Ankara-backed fighters comprise various brigades rather than one organized force, according to experts.