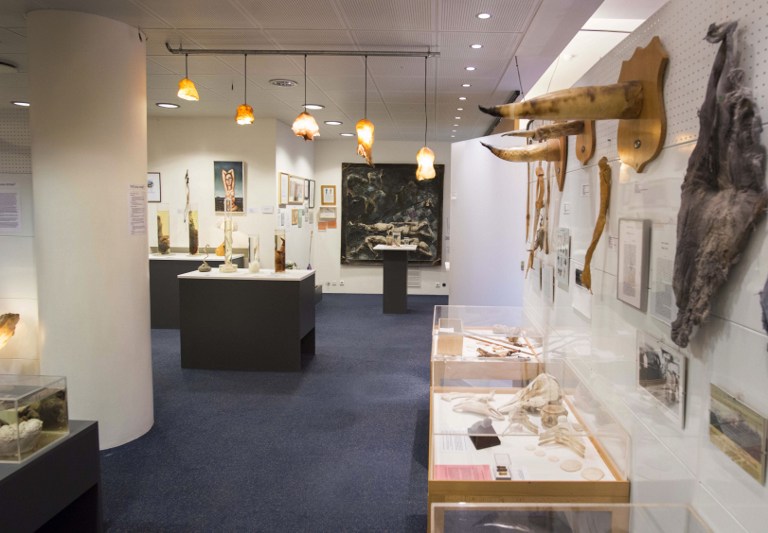 REYKJAVIK, Iceland – Size doesn’t matter at the Icelandic Phallological Museum, home to the world’s largest collection of penises which has an eye-watering array of specimens carefully collected from hundreds of different animals.

“I came to see if it was true, that there really was a penis museum in Reykjavik,” American tourist Jerry Anderson told Agence France-Presse, smiling as he stared at the phallus of a sperm whale, the largest specimen in the museum.

Preserved in formaldehyde inside a huge plexiglass case at the museum’s entrance, it is 1.70 meters tall (5’6 foot) and weighs 75 kilograms (165 pounds).

Inside the museum’s large illuminated rooms, there are penises and penile parts of all shapes and sizes from a huge array of mammals, from whales to bears, seals to cats, and even mice.

It also houses a wide range of genital-themed artifacts, among them trays, totem poles and a telephone.

“Who could resist coming to a penis museum?” said 62-year-old Kim, a tourist from Canada who did not reveal her last name.

“We thought it will be hilarious and it is,” she said, bursting out laughing as she and her friend look at a tube supposedly containing the invisible penis of an “elf”.

‘Started as a joke’

The Phallological Museum is anything but quiet as visitors giggle while observing the 286 exhibited biological specimens.

“It’s a good plateau for jokes and having a good time. You can get educated and at the same time have some fun,” said Hjortur Sigurdsson, 52, a former logistics manager who runs the museum.

His father Sigurdur Hjartarson, a historian who worked as a teacher for 37 years, opened the museum in 1997, starting with just 62 specimens.

“It all started as a joke,” he told Agence France-Presse.

“My father had fun just collecting, doing something no one has done before. He always said ‘somebody had to do it’.” 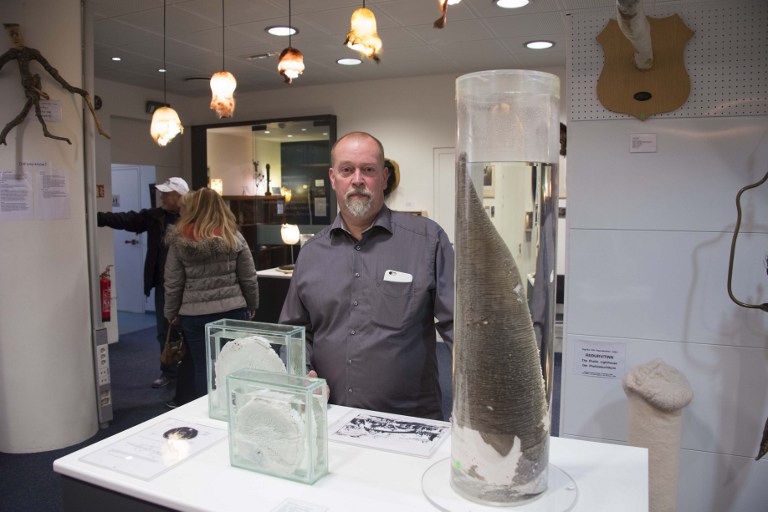 Back in 1980, Hjartarson had already gathered 13 specimens, nine from land mammals and four from whales.

Within a decade, that number had grown to 34.

But it was years before the museum got its hands on a human specimen, sent in by a 96-year-old Icelandic donor who was worried his manhood would shrink as he got older, Sigurdsson says.

Asked if he too would be willing to contribute to the museum’s unique collection, visitor Jerry Andersson was nonplussed.

“Sure. I’m donating my organs, I guess I can donate one more.”

Sigurdsson said the purpose of the penis museum is education and not eroticism.

“It’s been a bit taboo, especially (with) the human organ, but if you say ‘penis’, it attracts people,” he says.

“And, of course, we’re the only museum in the world that has been collecting biological organs.”

Not afraid to ask

School children are among his favorite visitors because of their willingness to learn about the field of phallology, the scientific study of the penis.

“A lot of school kids come here especially during school hours and have a lot of fun,” Sigurdsson said, noting that visitors can compare the color, size and shape of a tiny mouse’s penis to that of a whale.

“They are some of our favorite guests because they are asking all the time… why the shape? Why the size?” he said.

“They aren’t afraid to ask.”

Over the years interest in the museum has grown and in 2011 it had 12,000 visitors in an island nation better known for its breathtaking landscapes.

It also has a shop which sells everything from penile-shaped pasta to designer condoms and hand-knitted willy warmers.

Most of the visitors are foreign nationals and more than 60% are women. – Rappler.com